Covid-19 vaccines: West is busy harvesting the funerals; But you don’t like India 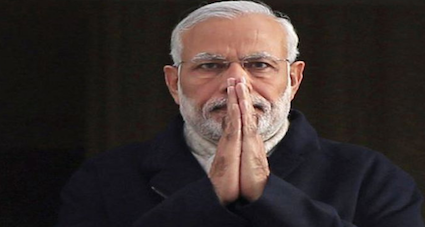 West is busy harvesting the funerals. Covid-19 vaccine, anyway, is a $100 billion dollar business. How much is $100billion? To give readers an idea, Russia makes $15b from arms sales, about $25b from agriculture sales, about the same from gas sales etc.

Now it’s a lot of money. No pharmaceutical giant would ever have it so good. There’s competition within these sharks. All claim to be the best. All also come at different price slabs: AstraZeneca is $3-4 per shot. Modern, Pfizer is in $25-$35 per does. The ones by India, Russia, China etc are lot cheaper. All require two jabs though Johnson and Johnson, not yet in market, is promising one-shot solution.

Why the prices are so wildly different? The likes of AstraZeneca etc are applying DNA vaccines; Pfizer and Modern etc are mRNA vaccines,  the latter an absolutely untested method. There has never been an mRNA product let loose on general population. Moderna tried once, a rabies product, but shut it down early. Not just expensive, they are also very difficult to transport and distribute.

What are vaccines? They use weakened or inactive forms of the virus to stimulate immune response. But that’s not what mRNA vaccines do. They insert a protein resembling a protein on Coronavirus’ outer coat into the RNA of your cells. Thus your body makes these proteins to prime the immune response.

The DNA vaccines, or adenovirus ones, use a segment of DNA that codes for the virus protein which is genetically inserted into adenovirus delivery system.

There’s a catch here: Both DNA and mRNA differ from traditional first-order vaccines which culture the virus being targeted, kill it so it can not reproduce. But with these Covid-19 vaccines, you could be required to take shots seasonal, so to speak.

Now given this background, which one vaccine you should go for? Unfortunately, if you are in a third world country, the ones of Western countries are not only prohibitive but are also not delivered to your doorstep, so to speak. The Western countries have so far decided that they would look around and help the world only after their domestic needs are met.

The US department of Health and Human Services (HHS) says so in its report. Further, the HHS report (page 47) says that the US is coordinating with its Five Eyes spy partners on vaccine “messaging.” (For the uninitiated, Five Eyes are traditional Anglo-Saxon grouping of Great Britain, US, Canada, Australia and New Zealand).

Now these Five Eyes won’t let countries, especially in the Americas region, opt for Chinese or Russian vaccines. They use their diplomatic and other pressures to bring them on their knees. The Office of Global Affairs (OGA), for instance, persuaded Brazil to reject the Russian Sputnik V vaccine. Panama too has been pressurised to refuse an offer from Cuba despite having one of the highest death rates from Covid-19. That’s one reason why its economy has shrunk by 18%.

But Sputnik V has still got its presence felt in Latin America. Argentina, Bolivia, Peru etc are in the delivery list. The Russian vaccine has been made available in more than 50 countries. This of course pales when compared to India’s Vaccine Diplomacy.

India, we are told by the website of foreign affairs, has sent across 60 million doses to 72 countries. It’s not only the one produced by Serum Institute of India (Covax) but also locally produced Covaxin by Bharat Biotech. The first one took the risk of producing them even when the results of trials were not out; the one of Biotech was also rushed through the process. But with prime minister Narendra Modi himself taking the first shot, its efficacy has gained ground in public perception.

India, which produces 20% of generic drugs—and more than 60% of all global vaccine production—has pledged 1.1 billion doses to Covax, the WHO-led move to supply vaccines to the world’s poorest. It has stolen a march over Chinese vaccine which is promising 10 million doses to Covax. (The Chinese claim they would provide free vaccines to 69 countries—their Belt and Road Initiative client so to speak—and sell them to another 28 countries.) And now we have this news from QUAD: India is being looked up to to supply the Covid-19 vaccines in Indo-Pacific region.

Sure, all this buttress India’s soft power. It boosts its image amongst its own citizens of India’s global leadership. It also helps them showcase how technologically advanced India is now. It gives them access to new markets.

The Western world, the “beacons of democracy”, “human rights” etc, in contrast, have their heads buried in the sand. There is no free lunch in the global capitalism, as it were. Never mind if the figure of killed from pandemic is touching 3 million. They have been busy spreading scare on mutations when any virus, if it lasts this long, is bound to have mutations. The message is clear: Expect more pandemics and cede more control to your governments.

There is more to it. Moderna is funded by DAPRA, In-Q-Tel, Bill Gates, Jeffrey Epstein etc. The Pfizer mRNA product is acquired entirely from BioNTech. They are all sitting on a harvest of funerals. Moderna gets most of its funding from the US military. The military wants to acquire mRNA know-how to use it as a bio-weapons defense. Not to say to use the bio-weapons more effectively against enemy, if required.

Quite pathetic, isn’t it.