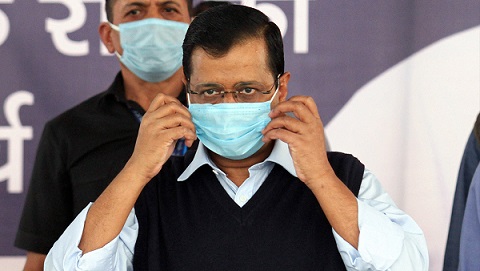 After much debate on how firecrackers were and are responsible for air pollution in and around Delhi and NCR, as well as massive taxpayer resources expended on preventing people from enjoying their festival, air quality in and around Delhi and NCR has gone from bad to worse again. You can see for yourself here at any time of day—reality also is that this is a Chinese website collecting data worldwide, simply because it has made the whole exercise simple as well as a profit centre for itself.

How does this website work? Well, it works on the basis of volunteers globally subscribing to a monthly fee-based internet linked air quality analyser, and then the volunteers running a continuous feed back to the servers in China. On one level, all above board, but on another level, think about it – they have the world’s largest and best database on what the weather is anywhere at their fingertips. There is nothing new about weather warfare – it has existed in every religious book, mythology or supported by facts and references in history are plenty.

So now comes the news that a pair of senior leaders from India’s oldest political party lately in the news for having all sorts of links with China, have moved to Goa for the winter, on account of weather and air pollution. This is very strange – after all, the air pollution in and around Delhi is neither worse nor better than before. The big fuss about firecrackers being the cause has hardly died down, with social media debates on “your time is up” and similar warnings issued by high officials, still ringing fresh in our ears and on our screens.

Does this pair of political leaders know something because of their closeness to China that the rest of us don’t, and is that why they are in Goa and other branches of their family business-concern-type-political—party are in Shimla? Anywhere but in NCR? After all, as taxpayers, we are also entitled to know what is going on If weather warfare from China is a concern in context with Delhi and NCR, then the people also need to be taken into confidence, and rapidly.

Meanwhile, air quality in Delhi goes from bad to worse, and Covid-19 numbers are headed past Covid-20 towards Covid-21 and all we have is a chief minister who talks about increasing fines on people not wearing masks. As though that is the only solution to a much larger problem. Who and how the fine is being collected, which revenue account is this fine going into, is not known as yet. At least this writer has not seen a gazette notification to that effect – but this writer has seen a large number of people in civilian clothes stopping traffic and checking cars to collect fines.

If our leaders are leaving Delhi and escaping to Goa, then there is something going on, which we need to know about rapidly. Why should we the people be left alone to face weather warfare?