‘DefCol’: What’s in a name? Well, a lot if New India matters to you 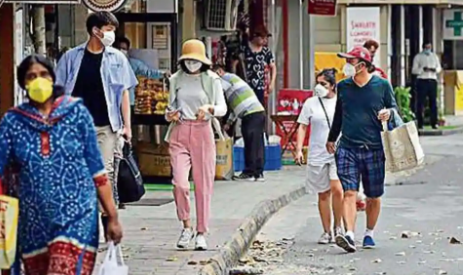 Sometime in August 2020, I placed a simple Public Grievance online with the Ministry of Home Affairs, seeking a change in the name of Defence Colony, New Delhi – 110024, which is where I live in a house built on a plot by my refugee parents – asking for renaming it to Raksha Vihar or a similar non-colonial slavery linked name instead.

The plot in Defence Colony where I live was allotted to my father on the basis of ancestral lands left behind in what became West Pakistan, from where my parents had moved as refugees – for my father, a double whammy, because his beloved paltan, The Baluch Regiment, was also totally absorbed in and by Pakistan.

(Most other pre-1947 Army regiments as well as the Air Force and Navy were divided between India and Pakistan, incidentally.)

This Public Grievance in August 2020 was basic information sourced variously in the open domain and from friends who had worked in the Ministry of Home Affairs, Government of India, Parliament and similar. A brief article on the subject is appended here.

Today “DefCol” is posh and cool (Never mind that most legatees have converted spacious airy bungalows into cramped floors, and the Nullah that flows within is a major health hazard); but the original term colony is still attached like a cancer, also because it was a derivative and choice out of three terms used post-Partition, all meaning the same – Relief Camps, Permanent Liability camps or Colony Camps. These were applied equally to squatters, re-settlers or plain simple hungry and emaciated citizens of New India.

So, what’s in a name? Everything. Someday the story of how refugees took on new names and identities for whatever reasons will also be known. Till then, where we live, remains one of the most important questions in feudal parts of India. Especially Gangetic India. Elsewhere, Colonies became Dominions (like Canada & Australia) but some like India became Unions and Republics on their own strength. Very simply put, colonies or settlements were for slaves or refugees, not for Citizens. Which is what we are, and very proud of it too, as zero restart refugee origin Citizens of India.

We, however, still retain our “colonies”. And DefCol is one of them. And there are many who spring to the defence of its name, claiming who changes name after 40 years and that it would hurt the “Pride of India.”

So the change of names eg-Chennai, Jalandhar, Bengaluru, Mumbai, Kolkata, Pune, Haridwar, Thiruvananthapuram.  Kozhikode, Gurugram, Kochi, Prayagraj, Varanasi, all these and more, have hurt the “Pride of India”? What about Kingsway/Rajpath and Queensway/Janpath? Hello, “Rashtrapati Bhavan” was “Viceregal Lodge/Palace”. Angrej is gone, some wagging tails are left behind, and red bottoms.

Some people still want to live under symbols of slavery. That is their choice. But some of us want the change which Madan Lal Dhingra, Lala Lajpat Rai, Bhagat Singh, Baba Khadak Singh, Sardool Singh Kavishar and others had started.

I’m thinking of asking Arnab to help with this project of removing *Colony* from all habitat names in India. How about Kilokari Village which was its original name?