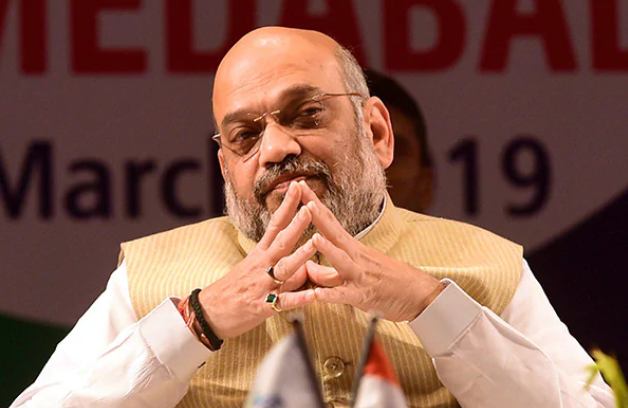 Delhi has little control in Kashmir Valley. Out of 87 seats in the assembly, 46 are reserved for Kashmir region and 37 for Jammu (Ladakh has the other four seats). No wonder Abdullahs and Muftis, due to their clout in the Valley, control the levers of power in the troublesome state of Jammu & Kashmir.

This of course is historical injustice. Dogras (Jammu) have dominated the region historically. Dogra ruler Maharaja Gulab Singh amassed a state bigger than left behind by Maharaja Ranjit Singh, a Sikh ruler in the 19th century. Till 1941, Hindus in Jammu numbered more than Muslims in Kashmir Valley.

However, Kashmir changed forever once Pt. Jawaharlal Nehru and Sheikh Abdullah rose to power simultaneously in Delhi and Srinagar. Nehru afforded Abdullah a free run. Abdullah arbitrarily allocated 75 assembly seats in the 1951 state assembly between Kashmir Valley (43), Jammu (30) and Ladakh (2). There was no population data but just his whim to guide Abdullah.

Jammu and Kashmir had changed forever.

Abdullah’s son, Farooq, made it worse. His father had constituted the Delimitation Commission which had further increased Kashmir’s representation to 46 seats, as against 37 to Jammu. Farooq amended the Section 47 of the Jammu & Kashmir constitution in 2002 under which no addition or alteration of constituencies could take place up to 2026.

Game, set and match over.

Fast forward to present times. Modi 2.0 is in place. His party BJP rose to power, among others, on the promise of abrogation of Article 370 and 35A in its manifesto. Nationalism and his tough stance on separatist forces in Jammu & Kashmir, and their masters in Pakistan, reflected in Balakot surgical strike, helped him win the 2019 mandate with a staggering majority.

In people’s mind, Modi’s success or failure in his second tenure would be judged by what he does with Kashmir. The appointment of hard-nosed Amit Shah as home minister is an early signal. If Kashmir is settled, Modi would’ve earned the nation’s gratitude for centuries to come. He would be the favourite child of India’s history.

Modi has made his first move within hours into his second term. Amit Shah is positioned as home minister. Shah too has lost little time: He already has held a detailed closed-door discussion with Satya Pal Malik, governor of Jammu and Kashmir. The state is presently in its second year under the President’s rule. (Legally, President’s rule is tenable for three years at the most).

The rumour is abuzz that delimitation in Jammu & Kashmir could happen soon. Petitions are being written to the President of India. Now that the power of J & K assembly is vested with the President, it’s within his powers to order such a move. A Delimitation Commission could be set up which could redraw the constituencies—and take away the stranglehold which Kashmir Valley has enjoyed over the rest of the state. The freeze till 2026 would go in a jiffy.

This has the separatist forces in the Valley in a flutter. Everyday, Omar Abdullah (NC) and Mehbooba Mufti (PDP) are warning of the consequences if this comes to a pass. Once the freeze is lifted, the ascendency of Jammu is inevitable. It already has more area than Kashmir Valley. It has more people in some constituencies than Valley has in two. (For instance, two constituencies in Srinagar City has nearly 50,000 less electorates than in single constituency of Gandhi Nagar in Jammu region. Same would be the case with Jammu City East seat).

Once this happens, everything would flow from the ballot and not from the bullet. Just imagine the scenarios below:

(a) A state under its political control could make BJP do wonders in not just protecting the integrity of the state but also of its soldiers who have died in tens of thousands over the last few decades;

(b) Lakhs of Kashmiri Pandits, driven out of Valley by militants, could regain their paradise lost;

(c) Lakhs of Gujjars, Bakerwals, Gaddies–around 11 per cent of the state’s population—don’t have any reserve seat in the Valley even though they were given Scheduled Tribe (ST) status way back in 1991. The seven reserved seats for ST—Chamb, Domana, Ranbir Singh Pura, Samba, Hiranagar, Chenani and Ramban in Jammu, Kathua and Udhampur district–are all in Jammu region and have stayed stationery since 1996, never ever rotated to Kashmir Valley).

(d) Legislative control in the J & K assembly would make the abrogation of 370 and 35A a child’s play;

(e)  A secure Kashmir would be such a powerful bulwark against Pakistan and its’ ISI, not to say a leverage which would come handy against China;

(f)  If terrorists are throttled, Jihadi organizations such as Islamic State (IS) and Al Qaeda, not to say Lashkar-e-Taiba and Jaish-e-Mohammed—and its leaders such as Hafiz Saeed and Masood Azhar—would be neutralized.

(g)  Safer borders means lesser martyred soldiers. A buoyant and not a demoralized force. It would also free up India’s security apparatus. Men and money both could be saved.

Modi has the mandate. Shah is in the hot chair of home minister. Millions of Indians are looking for askance: Settle Kashmir once for all. This dispensation has a historic opportunity to undo the damage of appeasement to the Valley which India has practiced since the accession of Jammu & Kashmir to the Union of India in 1947.