Delimitation: How unfair it is for Kashmir to equate with Jammu on number of seats 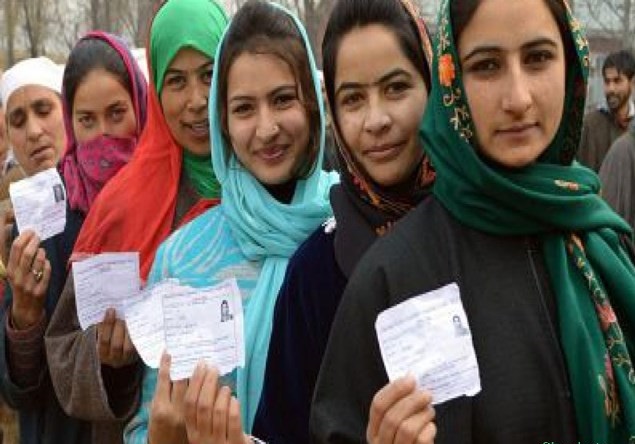 (it is a follow-up report on the initial piece which begs your attention readers-Editor).

One word `delimitation’ that figured in PM Narendra Modi’s Independence Day speech has created a buzz here in Jammu & Kashmir. In the days to come, it will be debated in TV studios, in newspapers and on Social Media platforms. In Kashmir, there is sullen resentment as it has been interpreted as a step aimed at further disempowerment of the region.

The contrasting emotions mention of `delimitation’ evoke in Kashmir and Jammu are rooted in what the people apprehend, and expect, respectively, that it can do to the state polity. In Jammu, Kashmiri hegemony is often attributed to unfair distribution of seats in the legislative assembly.

Kashmir, with 46 assembly seats, clearly had an upper hand politically, over Jammu, which had only 37 seats (see image below). This means that any & every political dispensation, with a majority in the Kashmir Valley, meant a Kashmir-centric politics, and dominance of the region in various spheres. The emergence of the BJP as a party which won 25/37 seats in Jammu has sent alarm bells ringing among all other political players in J&K. Be it the National Conference (NC), Peoples Democratic Party (PDP), People’ss Conference or the Congress. Incidentally, the Congress has lost significant ground in the UT (erstwhile state of J&K) in the past couple of years.

In terms of area, geographically Jammu is about 26,293 sq km and Kashmir is 15,948 sq km. On a cursory glance, we find that constituencies in Jammu were bigger, voter-wise, as also area-wise. This skew, or bias, works against Jammu politically. We can compare numbers of voters, constituency-wise, region-wise and district-wise, of all the 10 districts of Kashmir with Jammu.

Incidentally, delimitation of constituencies was purportedly done on the basis of criteria laid down in the Representation of People’s Act, 1957. The 87 seats were delimited with reference to: (i) population as ascertained at the last preceding census of which the relevant figures are available (ii) geographical compactness; and (iii) nature of terrain; and (iv) facilities of communication; and (v) the like considerations.

Delimitation this time will happen under RPA, 1951, and we need to know as to what is the weightage given to different yardsticks. Incidentally, there is not much clarity on this and contradicting claims are made by different people.

For the convenience of our readers, we have compared constituencies of Jammu district with that of Srinagar. Incidentally, the two districts are comparable as each represents the most developed areas of the regions.

Why has delimitation been done in a manner whereby every constituency of Jammu district was larger, both in area and voter-wise, as compared to Srinagar district? Was it just and equitable that average constituency in Jammu had 91,905 voters, spread over 212 sq km and each constituency in Srinagar only had only 78,225 voters and an area of 37 sq km?

How Kashmir gained the upper hand

On the face of it, this smacks of blatant partisanship, disparity and deliberate gerrymandering to give an upper hand to Kashmir. Incidentally, gerrymandering is a process of manipulating the boundaries of an electoral constituency so as to favour one party or class. In J&K, this gerrymandering overtly and covertly favoured Kashmir, to the detriment of Jammu.

At one time, word “pocket borough’’ was a fairly common word used in the UK polity and it referred to a small borough (akin to constituency) in which the election of political representatives was controlled by one person or family, through unfair and underhand means. These boroughs, created by deft manipulations and bribes, were also rightly called as “rotten boroughs’’ pejoratively. In the 21st century, the constituencies in Kashmir seem to be the modern updated versions of the rotten boroughs of yore.

In J&K, instead of a person or a family, it seems the whole of the UT was virtually turned into a rotten borough. For favouring the people of Kashmiri ethnicity & the Kashmir region, with those from Jammu denied political power systemically through deceit.

There are certain hypothetical situations which we need to consider for understanding the deceit that has been perpetrated by an inequitable distribution of voters in J&K. Let us discuss what would happen if Jammu and Srinagar districts were treated alike, voter-wise.

If a delimitation is done at this juncture, these angularities or bias in favour of Kashmir may get obliterated, and lead to an increase in the number of seats in the Jammu region. This will reduce the political weight of Kashmir in the state and national polity.