Delimitation in J & K: What PM Modi said and what you need to know if confused 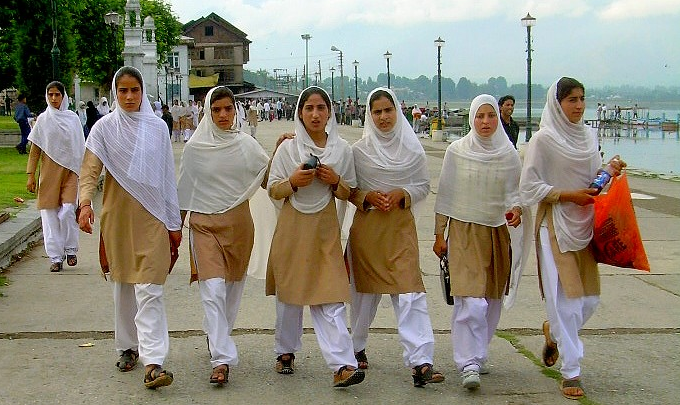 (The follow-up of this report, in case you are here, must not be missed by you, readers).

In his Independence Day address, prime minister Narendra Modi spoke words on Jammu and Kashmir which ought to be welcomed by the country. Since the state’s special status was abolished, and Jammu, Kashmir and Ladakh were turned into Union Territories, there has been concern for a year now when the people of the region could re-elect their own representatives, be it MLC, MLA or chief minister.

The road to this rearrangement is preceded by delimitation and the prime minister’s address to the nation yesterday –that the exercise is well under way and as soon as it’s over, there would be assembly elections for the people to vote for—is a matter of cheer for all.

It’s as good a time as ever for me to describe the contours of delimitation, its process and confusion if there is any, which might still persist in some quarters.

Delimitation of constituencies is based on a couple of major factors. Delimitation, that is designating an area as a constituency, is based on the area and the people who are its residents. Now comes the part which I want readers to pay attention to. Hopefully, it would clear up doubts if any.

First, the 83 assembly seats in the erstwhile J and K state has been increased to 90. There are of course five Lok Sabha seats from the region (Ladakh would remain a Union Territory. It would not be part of J and K as it was earlier).

Second, the Scheduled Tribes (STs) in the UT, numbering over 10 per cent, have now been given political reservations. So far, under Article 35 A and 370, they were denied this right.

Third, the seven seats reserved for Scheduled Castes (SCs) would be rotated;

Incidentally, these seats have remained reserved seats in 1996, 2002, 2008 and 2014, that is, last four assembly elections. According to constitutional provisions, though, the reserved seats should be rotated periodically.

Presently, the Kashmir division has 46 assembly seats and there are 37 constituencies in the Jammu division. There is this often a clamour in Jammu that the present delimitation of seats is unfair. Some political leaders in Jammu often allege that the Kashmir-centric politics in J&K is due mainly to this tilt towards Kashmir in terms of political weight.

For several decades, these allegations have failed to help the Jammu region as they were largely ignored. However, the Jammu region has become more assertive in the last couple of decades. So much so that in 2014 assembly elections, there were calls for a Chief Minister from the region openly.

Some statistical figures pertaining to the two regions, Jammu and Kashmir, regarding geographical spread, voters etc can perhaps help understand things better. All figures being quoted here are official figures taken from official websites of the J&K government and Election Commission of India (ECI).

These statistics suggest that the assembly segments in Jammu region are far larger voter-wise, and area-wise, as compared to those in Kashmir. A fresh delimitation can be expected to lead to a more homogeneous distribution across the entire UT. With that, the number of seats in Jammu can go up, even as Kashmir may lose correspondingly.

The story of the five Lok Sabha segments in the UT is just about as stark, but that sure is a different story.