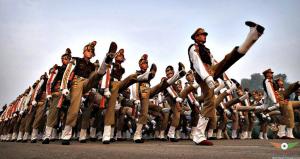 India’s Ministry of Defence (MoD) has agreed to make its first technological transfer to a private player by awarding Larsen and Toubro (L & T) the contract to commercially produce the Lakshya Pilotless Target Aircraft (PTA) on its behalf.

On the face of it, the ministry wants the Defence Research and Development Organization (DRDO) to stop bothering upgrading its products and rather leave it for private players to do the dirty job. Nobody though asks why DRDO is wasting its energy on developing juices and ready-to-eat food products. Purportedly, defence ministry would benefit from L&T’s advance payments while the latter could commercially exploit it abroad. A similar situation could emerge for other private players like Tata Group, Reliance and Mahindra.

The deal is quite symbiotic of India’s desperation.  A country with world’s third largest army was deemed by its ex-army chief General VK Singh to possess tanks “devoid of critical ammunition to defeat enemy tanks.” He also termed India’s air defence to be “97 percent obsolete,” in a letter to the then-Prime Minister Manmohan Singh in 2012.  Financial restraints led to cancellation of a deal to buy assault rifles worth Rs 4,850 crores. Assault rifles were termed one of the most critical requirements for his troops by India’s army chief General Dalbir Singh in recent times.

India would need at least $100 billion in next 3-4 years to put its security apparatus on a respectable footing. Its’ decades behind in offering a credible resistance to China who spends nearly four times as much as India’s defence budget of $45.2 billion. India is world’s largest arms importer.  To put it in perspective, China spends $188 billion on its security while US’ budget is a staggering $581 billion.

The entry of private players isn’t restricted to home players. The L& T deal appears to be a precursor to Indian prime minister Narendra Modi’s determination to invite foreign players to invest in India’s defence sector. The FDI in defence sector has already been opened from 29 to 49 percent. The number of giants of US defence industry Modi hosted in his last visit to United States actually clamoured for the FDI to be increased to 100 percent.

While India might seem keen on improving its defence apparatus and bringing in foreign private investment, it doesn’t bother to explain why infiltration from across the  Line of Control (LoC) occurs when it has spent many thousand millions on hi-tech fencing. Whatever happens to the supposed benefits of importing sensors, radars and night-vision facilities?

The patriotic view to this present move by the defence ministry could be that it is trying to lay down ground rules for dozens of giants of foreign military industry keen to invest in India’s defence market. If Indian private defence manufacturers are offered a deal of technology transfer at a fee, the foreign players too could invest but only when they allow their own technology to be transferred to India. This way India could benefit from the technological know-how and wriggle out of dependence in near future.

The dark view of course would be the transfer of public money into the hands of private players who are moved by only one motive: profit. In putting the all-important matter of national security into the hands of a few, India could be imperilling itself. But then it’s a choice between the devil and the deep sea.