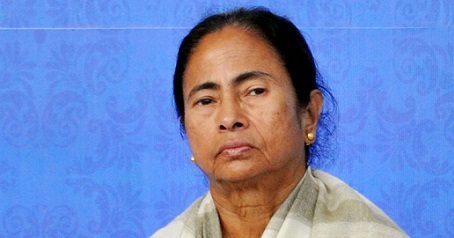 A chunk of seasoned writers, singers and intellectuals, mostly Bengalis, are busy ridiculing home minister Amit Shah for visiting Santiniketan, a sylvan abode Rabindranth Tagore created over a century ago as a melting pot of global ideas.

Some even lampooned Shah for sitting on a chair used by Tagore for signing the visitor’s book, they found the act sacrilege. The chair used by Shah – the critics did not realise – is routinely used by important dignitaries while signing the visitors register. Some ridiculed Shah for having lunch at a farmer’s home, some laughed because Shah was in the company of Bauls, mystic singers of Santiniketan.

The broad argument revolved around some bizarre lines: How could Shah visit Santiniketan? What does Shah know of Tagore? Shah is BJP, and the man closest to Prime Minister Narendra Modi, he is not a Bengali, and more importantly, an outsider.

This is a very dangerous argument which Bengal’s ruling Trinamool Congress (TMC) has been pushing across the state for almost a year, ever since it realised the BJP was increasing its presence across Bengal for the assembly elections in 2021. They are calling people – more importantly if they are aligned with the BJP and its allies – outsiders the moment they land in Bengal.

On the face of it, the argument makes no sense, and is creating a needless rift between the state and the Centre. It is common knowledge in Bengal that the TMC does not encourage anything that comes from Delhi, probably it does not like the word Centre. The TMC has problems if news channels offer more publicity to the BJP and its allies. The TMC always finds ways to drop Central programmes meant for states across India. There have been several occasions when Central relief was repacked in TMC-labelled bags and then distributed to typhoon-affected families. Central programmes and grants have been routinely rejected. Even lack of investments from industrialists in Bengal has often been blamed on New Delhi. The Left – actually – had spun this neglect-by-Delhi conspiracy theory during its three decade-plus rule. The TMC has happily lapped it up.

In short, the TMC is trying hard to create a devil out of the Centre because it is ruled by the BJP-led NDA. CM Mamata Banerjee does not care even if the NDA government is a duly elected one. She has egged on her ministers and supporters to tell everyone that one must be seeped into Bengal’s culture to enter the state, talk about its icons, and fight elections. Everything else for her is disruption, those who do not fit the bill must be tagged as outsiders.

The BJP is being ridiculed by the TMC for not having too many Bengali leaders. A portion of Bengal, like the CM, agrees that only Bengali politicians can go to Bengal for campaigning and work out of the state in case they win the polls.

The argument does not hold water but the TMC wants everyone in Bengal to buy that argument.

The party has not said that by that same argument, one needs to be a true Gandhian to visit the Sabarmati ashram in Gujarat, or an ardent devotee of Lord Vishnu to enter the Tirupati temple in Andhra Pradesh. Else, they could be called an outsider. By that criteria, Central ministers can never go for campaigning in Bengal because barring a few, none of them are Bengalis.

So let’s return to Shah and Santiniketan.

The needless arguments over Shah’s visit to Santiniketan are now taking an altogether new shape. The hyperventilating critics of Shah have taken to the social media to say it was almost sacrilege for the Home Minister to visit Santiniketan, which is special to Bengalis and its alumni list includes Nobel laureate Amartya Sen and filmmaker Satyajit Ray. Someone even expressed unfounded fears that tomorrow the BJP could even create a Hanuman temple in Santiniketan.

The critics did not say present-day Santiniketan is now synonymous with illegal land grabbing and a cut-money economy that is unique to Bengal. They forgot that politics and financial disruption is now routine in Santiniketan, everything is not as holy and sublime as Tagore had once envisioned. The charges of violence are now probed by a committee appointed by the Calcutta High Court.

The university has been on the boil ever since BJP’s Rajya Sabha MP Swapan Dasgupta was harassed and locked up on January 8, 2020, for four hours when he had visited the Shantiniketan campus to deliver a lecture on the Citizenship Amendment Act. Cops did not intervene. They had tacit support from the state government which had actually disliked the appointment of Bidyut Chakrabarty as the vice-chancellor of the university and was trying hard to keep BJP leaders, including the party’s MPs, out of the campus.

As things stand, it is okay for the state government to stand behind the façade of heritage protection and use Santiniketan to fight a proxy battle against the Centre. But it would not want the country’s home minister to visit Santiniketan. Those ridiculing Shah must remember Viswa Bharati is a unique institution where the country’s Prime Minister is the chancellor.

They must know that it is the TMC which is not keen on the Central government project to have a satellite campus of Viswa Bharati in Ramgarh in Uttarakhand where Tagore lived in phases with his family, and started work on his iconic Geetanjali. They do not know the project had the blessings of the Prime Minister. But for the TMC, the project is being pushed by the Centre, which is BJP-led NDA, it is the Opposition coalition and eventually an outsider.

So why should – claims TMC – an outsider plan a satellite campus?

This outsider, outsider argument emanating from Bengal sounds like the proverbial shepherd’s fear of the wolf. It is not even a battle cry and, expectedly, it is not helping the TMC. On the contrary, the outsider tag has already started backfiring like the party’s previous slogan, Didikey Bolun which translated into Tell Didi. The slogan, coined by TMC’s political strategist Prashant Kishor, was to empower TMC supporters to tell the CM about cut money (read bribes) paid to party leaders. The idea was to get the cash back. It did not work because no one returned cash. Probably it was for the first time in Indian politics when a state government openly acknowledged that cut money or bribe cash was a part of the state’s culture.

The outsider argument has been floated in the hope that the BJP would be seen as a party without knowledge and without depth of understanding Bengal. The TMC is hoping that this outsider argument will stick during the forthcoming assembly elections. Will it work? There are high chances it will not.

Shah’s visit has stirred a hornet’s nest. The TMC fears the BJP could now challenge the local real estate mafia in Santiniketan, and also local politicians who exerted considerable influence in and around the university campus. Amartya Sen has issued a letter clarifying the amount of land he owns in Santiniketan. An estimated 172 acres in Santiniketan is under the control of influential outsiders, the cost of the land over Rs 150 crore. There are many who had taken land at Rs 1 for a 99-year lease from the Tagore family. Now, the leases could be renegotiated and illegal occupants justifiably evicted.

The Bengal CM wants to drum up opposition against Shah by saying an outsider has invaded Santiniketan. She feels her words will work like the proverbial jungle drums of Phantom and everyone will see Shah as the enemy of the masses, or Ganashatru in Bengali.

It will not happen. Critics of Shah must remember that Shah visited Bengal, which is a part of India, not a foreign land. He is not an outsider. Sad Santiniketan is making news for all the wrong reasons.

(This piece by the writer was first published in Times of India).