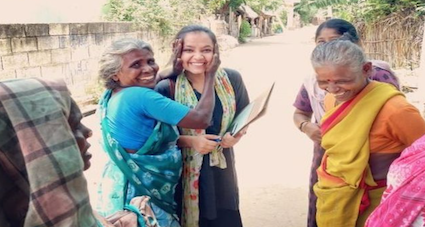 Driving all over India on un-tolled back-roads is an ongoing education as is taking the non Air-Conditioned train options. The recent improvement in long-distance fully air-conditioned trains as well as multi-lane National Highways is no doubt great for inter-city connections but moving on to the back-roads, often maintained by State Governments, is where the real Indian stories are happening.

We were taking the slow route from Goa to Bangalore in a 10-year old small car that was loaded to the roof and still giving us 20 kilometres per litre with the air-conditioner on.The first part of the drive took us through coastal Karnataka up to Udupi where we wanted to visit a friend who has done well for himself in Mangalore.

NH-66 (previously NH-17) is the coastal route from Mumbai to Kanyakumari. Much of the heavy cargo traffic on this route goes by coastal ships, goods trains, or RoRo trains on the Konkan Railway. The new NH-66, well built 4-lane in most parts, exits Goa Southwards into Karnataka. Traffic is a mix of fast cars, faster buses and very few trucks.

Discipline is good on this scenic route, partly inspired by sensible speed limits of 80 kmph for all, instead of different speed limits for different categories of vehicles. Also partly due to the presence of speed cameras, static as well as mobile, at frequent intervals. I can not put this in words, but the body language of police personnel spotted on the roads in Karnataka is confidence inspiring, maybe also because the police vehicles are uniformly in brilliantly spick and span shape inside and outside.

This, incidentally, is something I have observed all over some parts of India – South, North-East and Gujarat. Basic cleanliness of motor vehicles, especially the interiors of trucks and buses, is in a class apart. My friend from Mangalore claims this is so because people worship their vehicles like they worship their Gods and education. Our trucks and buses are our new-age bulls, he tells me, and the venerance to Nandi is not lost on me.

Said friend took us around Udupi, which for the uninitiated is also Manipal and also where the famed South Indian cuisine gets its name from, and we stayed overnight at a hotel owned by yet another star from Delhi. As customers of Sagar in Defence Colony, Delhi, from day-1, an overnight at the Ocean Pearl in Udupi was like a pilgrimage to this traditional  temple and education dual town.

In Udupi, yet another friend explained the importance of the ancient synchronisation between religion, education, knowledge and good healthy food. Add modern day banking and communications, I joked, if there is a town with all these attributes and more ATMs per square kilometres, and totally brilliant internet, please point me to it.

We left Udupi and moved on the wide choice of inner State Highways, mercifully yet un-tolled, towards Southern Coorg. Broadly, there were two choices before we reached the hill section – drive past the Kudremukh area, or stay closer to via Dharmasthala. We chose the latter, and were rewarded with well built 2-lane highways, passing through towns en route.

Unlike on the inter-city National Highways, where food tends to get standardised, the inner State Highway routes are a rolling display of how cuisines change frequently. Temple towns with different forms of vegetarian food, interspersed with towns where halal chicken signboards proliferate, to meat pickles and signboards showing lurid coloured pigs and goats, next turn and you are driving past pure vegetarian non-garlic non-ginger. Fruits, some not seen in other parts of India, in bright colours along with fruit wines.

And everywhere, the big difference for me as a North Indian, is the confidence in the women visible on the roads. They may be dressed, mostly, in traditional local clothes, but they are out there, working and in many cases handling the cash transactions, and quite obviously in charge of things. Whether the woman selling fish, or the young girl at the bakery, or the grandma bargaining over the fruit and vegetables – or even the working class in buses or labourers riding pick-up trucks – this is gender equality and more. Our city ladies may need to look at this, if they get time out from their feminist soirees?

As we drive deeper into Karnataka, I begin to understand why Karnataka had 5 Queens who fought the European Colonials tooth and nail – and in all cases, did not surrender to them either. And the importance of their maritime legacies, along with religion and education.