Don’t be a Prithviraj Chauhan; You’d have a Muhammad Ghori on Delhi’s throne 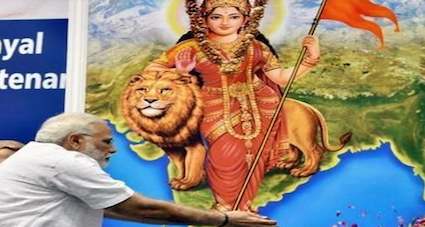 Why are you upset that Bengal is bringing home news of violence and deaths?

What’s so strange about 20,000 Hindus from the killing fields near the border allegedly having been herded into an undisclosed location, cowering for life.

Why does it alarm you when BJP’s Swapan Dasgupta tells of Nanoor in Birbhum district where more than a thousand Hindu families are running for life chased by the marauding goons?

Why bother that 400 BJP workers and their families have fled to neighbouring Assam where we have some pathetic images from Dhubri, as per HImanta Biswa Sarma.

Women dragged by hair, smashed skulls, torso painted with blood, homes ransacked and looted: Why should it unnerve you when you didn’t see it coming.

This of course readers is not addressed to you. It’s address to the Bharatiya Janata Party (BJP).

For three years, your supporters say you didn’t bat an eyelid when scores of your workers were being allegedly butchered, found in drain or hanging by tree.

BJP MLAs have been murdered; your rallies, as in Siliguri in December 2020, were sprayed with bullets; your caravans, vehicles have been smashed and torched.

You have been elected to save India and its population and you are failing in your duty if you don’t do it.

You’ve allowed this to grow sky-high and if your means are still limited to dharnas and circulars and awaiting the Governor’s report, you are perceived as doing nothing.

You were given a mandate to surmount these problems. People had backed you to wipe the floor clean of these violent termites. Now you dither on fear of consequences. You worry about everything but “Dharma” which asks nothing but being on the side of Right. Where you own your action, and not the outcome. Isn’t that what Bhagvad Gita says?

You would have your head in sand if you don’t realise Bengal has set a template. That Muslims have hit upon a formula how to defeat the Hindu nationalists in the rest of the country. All they would do is to stay rock solid behind an entity who they think could beat you. If Mamata Banerjee is the PM’s face of Opposition tomorrow, all Muslims, Owaisis and Badruddin Ajmals and Abbas Siddiquis included, would vote for her.

In doing so, you would have ignored the consequences for the rest of India, as you have done in Bengal in last few years.

You would’ve done a damage which would remind coming generations of Prithviraj Chouhan letting go on Muhammad Ghouri in the 13th century.