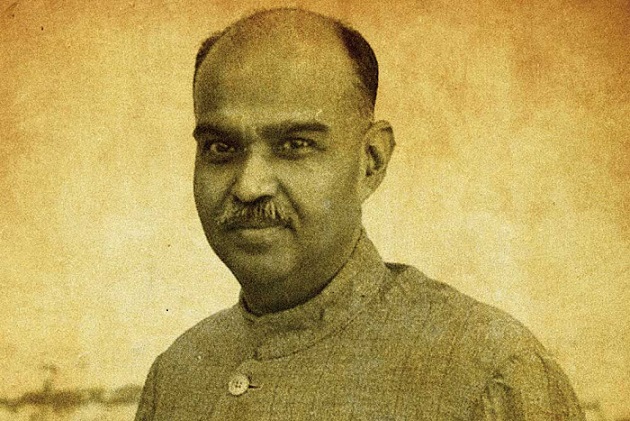 Dr. Shyama Prasad Mookerjee’s death which falls on Sunday (June 23, 1953), and which Atal Bihari Vajpayee termed as “Nehru Conspiracy” , was as turbulent as his heroic life.

The founder of Bharatiya Jana Sangh (BJS), the precursor to Bharatiya Janata Party (BJP), Dr. Mookerjee had been arrested and kept without medical care in degrading conditions for over a month in Srinagar in May-June 1953  by the Sheikh Abdullah’s J & K government,

Despite his known heart condition which the rarified air of Kashmir didn’t help, Dr. Mookerjee was finally offered the care of a hospital just a couple of days before his death—shifted in a small jeep instead of an ambulance and kept in a gynaecology ward, according to present BJP president and home minister Amit Shah–and administered penicillin injection despite his protestations that he was allergic to it, as BJP spokesperson Sambit Patra asserted in a TV show, citing evidence of an eyewitness.

Prime Minister Pt. Jawaharlal Nehru refused to entertain a written appeal of Dr. Mookerjee’s mother for an impartial inquiry as she believed her son’s death was a murder as the family members hadn’t been allowed to meet him during his long confinement—nor his two companions allowed to visit him—apparently illegal for it was done without a formal, legal trial.

Dr. Mookerjee had decided to take on the prevailing political situation in Kashmir where the state not only had its own constitution, it’s own flag but even its’ own Prime Minister (Sheikh Abdullah) whose permission was necessary for other citizens of the country to enter the state! Dr. Mookerjee’s war-cry that “Ek Desh Mein Do Vidhan, Do Pradhan aur Do Nishan Nahin Chalenge” (One nation can’t have two constitutions, two Prime Ministers and two Flags) would resonate for decades to come.

Atal Bihari Vajpayee, the future Prime Minister, who had partly accompanied Dr. Mookerjee in that fatal march to Srinagar as a journalist, insisted it was a conspiracy to let Dr. Mookerjee enter Srinagar so as he could then  be incarcerated and dealt with severely. As Vajpayee was to recall: “Later, we came to know that J & K government and Nehru government had entered into a conspiracy, as per which it was decided that Dr. Mookerjee would be allowed to enter J & K but not be allowed to leave.”

Dr. M.S. Gowalkar, then chief of the Rashtriya Swayamsevak Sangh (RSS) in Nagpur, in a premonitory caution, had warned Dr. Mookerjee he was putting his life to risk.

The academicians and historians over the years have provided several clues to Nehru’s antipathy towards Dr. Mookerjee who was his colleague in independent India’s first cabinet as industry minister not very long ago.

However, three years into his job as a Union minister, Dr. Mookherjee had resigned on April 8, 1950 against the Nehru-Liaqat Pact. In Indologist Dr. Koenraad Elst’s words, the Pact was an “unequal treaty in which Nehru promised Pakistani Prime Minister Liaqat Ali Khan not to interfere in the treatment of the minority Hindus across the border, even while the latter were suffering large-scale atrocities in East Bengal.” The Indian part of the Pact didn’t hold water as a stable communal cease-fire had descended on India after the day of Gandhi’s murder.

Dr. Mookerjee was often at crossroads with Indian National Congress (INC) during the Freedom Struggle, including Quit India Movement (1942), which he didn’t support along with the Hindu Mahasabha of which he was a part.

Critics cite it as proof of Dr. Mookerjee and Hindu Mahasabha’s corrosive role in India’s freedom struggle. However a contrary view is that Hindu Mahasabha suspected Congress to have a “Muslim-appeasement policy” with no regard to the concern and well-being of the Hindus. They believed Quit India Movement was no better than a vent to let out the frustrations of Indians and was as phoney as the “non-cooperation” and “civil disobedience” movement. None of these achieved their objectives and were fake movements.

Dr. Mookerjee’s role in the partition of Bengal into West Bengal and East Pakistan is glorious beyond words. When the Muslim League government of Bengal in 1946 had butchered and raped minority Hindus by several thousands during the “Great Calcutta Killings” and “Noakhali Riots” of a genocidal nature, Mookherjee had championed the cause of Bengal partition so as Hindus could be safe in West Bengal rather than be subjected to genocide in East Pakistan. The Bengal Muslim League and its leader Huseyn Shaheed Suhrawardy had earlier sought to create an un-partitioned, an independent Bengal state—which won’t be part of either India or Pakistan!!!. Suhrawardy was worried hat with its coal mines and jute mills, as well as Calcutta and its mighty port, would all go to Hindu-majority West Bengal.

The calamity of great Bengal famine of 1943 which cost 38 lakh lives also saw Dr. Mookerjee at his best. He led the Relief Coordination Committee which set up 5000 relief kitchens for famine-stricken people. He had then hit out at Food Minister of Bengal, Suharawardy, and his business friend Ispahani, with these words: “Bengal has not seen greater acts of official crime in its long history.”

Dr. Mookerjee, born on July 6, 1901, was also an illustrious scholar and became vice-chancellor of Calcutta University at the age of 33, like his father Ashutosh Mookerjee once was. Dr. Mookerjee was part of Congress and a member of the Bengal legislative assembly in 20s and 30s. Disillusioned by Congress and its policies against Hindus, he had joined the Hindu Mahasabha in 1939.

“If I have understood the history of my country alright, a pacifism that refuses to take up arms against injustice and makes one a passive spectator of oppression and aggression, does not represent the real teaching of India…

“Disruptive forces are at work within the country itself…A divided India was always a prey to the foreign invader from the days of Alexander and Mahmud of Ghazni to those of Vasco de Gama, Dupleix and Clive.

“There is much disharmony and disunity in India today. Communal differences have taken such an acute turn that fanatic claims for the vivisection of our Motherland are widely asserted.”

These words ring a bell even today.