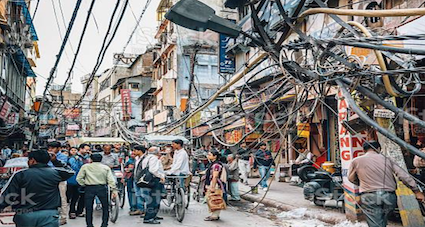 It’s easy to predict how contentious the Electricity (Amendment) Bill 2021 would be once it’s cleared (likely) in the monsoon session of Parliament, between July 19-August 13, both Houses transacting 19 days of business.

The bill empowers consumers to choose their power suppliers, and like it did with the Telecom industry, private players would bring down cost and provide better service to all of us.

It won’t be a bad deal for States too, most of which control the distribution of power in their region as private players would bring down the cost related to horrible overhead lines and load-shedding. Better supply would induce better demand resulting in better profits.

Make no mistake this Bill is far bigger than railway privatisation or even one in telecom industry. The three farmers’ bill were a child play in comparison. This could be a major milestone in India’s economic history, perhaps the most important reform ever.

The Government expects private sector to own up 100% of electricity distribution in all urban areas in coming years; some 74% in rural-urban mixed areas.

The enormity of this measure could be gauged if one remembers that electricity in India has largely been 100% state controlled. And that many states provide upto 90% of subsidy on electricity. Political compulsion plays the dirty hand as we see Mr Arvind Kejriwal taking his Delhi election model to assembly polls next year, promising free electricity in Punjab and Uttarakhand.

Naturally, some States would be wary to lose control at least for political reason, never mind the better profit they could generate through privatisation of the DISCOM (electricity distribution companies) sector.  Not to say the clean energy it could promote with making rooftop solar electric vehicles and smart appliances commonplace and helping India’s commitment to reduce fossil fuel.

And what about we the consumers who look at tangled overhead wires with trepidation everytime we step out of house? A sight which those returning from abroad never fail to comment to embarrass you and India? (30 Indians die due to electrocution every day).

A competitive electricity market would reduce the cost; smart meters would help and a consumer could decide his/her energy mix. You could have the ratio of renewable energy in your usage as per your choice. The reduced prices would encourage your greener choices. It’s a worldwide trend and there is no reason for India to sleep on it.

What about the private players? There are clear incentives in that they would get a clean balance sheet, free of accumulated losses and all unserviceable liabilities. A fine feature is that the draft bill conveyed how overstaffed people could be transferred and absorbed. The private players though would be saddled with upgradation of network which hasn’t been addressed for decades. (But that’s an attractive option for consumers).

The draft bill had put entry-level at Rs 400 cr of internal cash and a net worth of Rs 2,000 crore which needs flexibility since a Union Territory like Lakshadweep has only Rs 130cr of market-size. Besides private players would need assurance on regulatory authorities’ speed of decision-making as well as with the appellate authorities which instinctively screws up the nose. As is logical, the DISCOMs would be required to buy a proportion of renewable energy.

It’s not India doesn’t have private players in electricity sector. Delhi is privatised; its been managed pretty well by Mumbai as is the case with Ahmedabad and Kolkata. In Agra, there is Torrent and in Odisha, Tata Power. The Feedback Energy Distribution Company (FEDCO) runs areas in Meghalaya and Tripura.

India has a target of achieving a 450gw renewable energy capacity by 2030. Presently, the capacity is 89.63gw. Great work is needed and DISCOMs, presently, are the weakest link in the electricity value chain. It’s time they are forced into financial discipline. And it’s time the monopoly in the industry is broken.

(In all, Centre looks to pass 22 bills in the monsoon session of the Parliament. A look at all these bills could be viewed here).