Ever thought why it wasn’t cool to marry a farmer in India when it was so everywhere else? 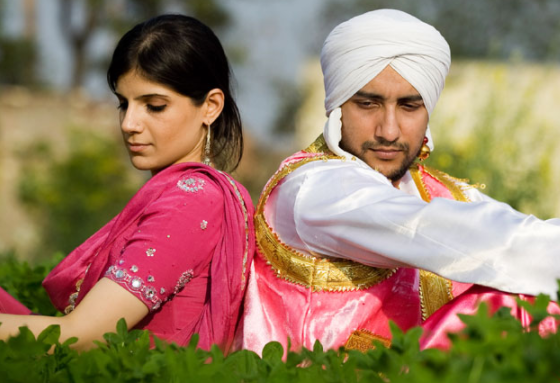 In Part 1, I finished with a brief hint on agri-produce logistics as it emerged in India in the post-947 era. Very briefly, it was simple – movement of any form of anything, within India, was considered fair game to “check” for every representative of the State, elected, selected or inherited.

This was unmatched globally.

The possible reason for this was that the post-1947 era in India of neo-Colonialism disguised as Socialism by frustrated Communists dressed in khadi slinging jholaas during the day and lounge-suits with cigars plus cognac in the evenings had decided that slavery had to continue and malnutrition was one of the roads to this destination.

In the ’70s and ’80s, farming and agriculture were not really sought-after career choices in India, the ultimate test being who in her right senses from the educated classes would marry a farmer? Rural India, apart from not having good connectivity or communications, was also considered uncivilised – with the exception of the commercial plantations and estates mostly in the North-East and South.

This was not so in countries as diverse as Japan, Iran, South Africa, Israel, USA, Canada, Australia, USSR, UK & Ireland and even Chile. You were respected if you were in the farming business in these countries, certainly nobody stopped your trucks or held back your money, and most of all – the Government made huge efforts, like providing education by different means for the children of farmers and their workers, to ensure that people continued. And farmers married well. Landed gentry was one way of looking at them.

This was explained best to us by Sikh farmers pretty much everywhere, but the standout memory is that of a Sikh couple with their young children who came to visit our ship in a very small seaport called Saavedra near Lake Budi. The gent in question, his ancestors had migrated via Italy during WW-I, Canada after WW-II, and thence he moved to deep South Chile because someone told him land was cheap and clear title. Nobody told him that it was mostly vertical. His wife was straight from Moga, and had moved straight into the challenges – not only were they farming (mostly timber), but between his wife and him, they ran the local store plus mail-order firm, provided basic medical support and also ran a small sea-plane service for emergencies as well.

The children studied over radio, the couple also provided free “langar” meals to everybody, and inquisitive outsiders had to go through them first – especially if people came enquiring about some Germans said to be living thereabouts on the interior shores of Lake Budi. I got my early lessons about pride of clear title for land, ease of movement of produce, and freedom to start afresh and do better without the State breathing down your neck at Lake Budi in Chile with some of those Germans.

Milk and eggs had managed to come out of the grip of State control. Buffalo meat was just about getting there. But the rest which was pretty much everything was still stuck in all kinds of revenge of the State it seemed. Like many young people before me and after me, especially seafarers who had made some money, I too tried to get into the transport business. After all, I could run ships, what were trucks? That was 1983-88, mostly, though I did a lot of other stuff too. And by 1988 or so I was flat broke.

Game over in a few years, so it was back to sea by 1989, which included an interesting exposure to the Persian Gulf carrying meat on hoof as well as frozen on a specialised livestock carrier with refrigerated container slots too, returned just in time to see how unitised cargo in India was moving inland by road and rail, landing a job therein, And one of the cargoes that fell in my lap was buffalo meat exports in refrigerated containers from inland locations.

Nobody had done this from interior India before. So obviously I grabbed what people said could not be done with both hands. Frankly, it smelt of money, and what better reason can there be for success? There were few small towns in Uttar Pradesh, Haryana, Punjab and Madhya Pradesh that I did not visit in those years, as I built up my network of operational support systems for refrigerated containers – and explained to local authorities that once Sealed by Customs and/or Excise, these huge containers simply could not be opened for “checking”.

In part 3 I shall try to explain how “checking” choked the agricultural dream in India and how people found ways around it.