Folks, Go to YouTube. It’s a class you’ve missed: You could blame the pitch later 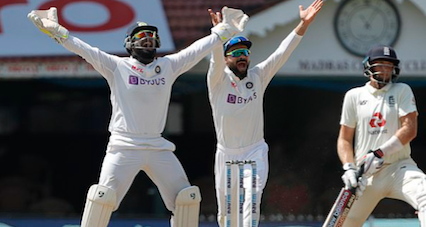 Are you happy or sad? Happy that India won. Sad that it ended in fewer deliveries than any Test has done since 1935. An end which has brought that wry comment from Michael Vaughan that it should’ve been a three-innings Test. Why I even speculated if a lead of 33 was enough for India to win by an innings.

Well, let’s put it this way. I have seen worse wickets than the one in Ahmedabad. And that I have seen better innings than what modern greats showcased over a day and a half. You could chuckle at wicked thoughts on Joe Root’s five-for-nothing or that Ashwin was the least impressive of four spinners on view. But the truth is: It was bad batting on a bad pitch.

I grew up in era when Spin Was King in India. The Quartet—you’re not qualified to read this piece if you don’t know them—was one thing. Paddy Shivalkars and Rajinder Goels were 400-Test wicket bowlers who never played one. They ought to have been in Scotland Yard for their interrogation techniques.

I don’t know if Sunil Gavaskar cussed under his breath against them. I never met Ramesh Saxena too who, in the words of my good friend Hari Gidwani, was the best-ever. Hari should know, having been at the other end to Saxena for six years. Easy in stance, twinkle-footed, and above all relaxed. Gidwani, no mean player of spin himself, was side-on in stance, much like Gavaskar.

There is little you’d find on Saxena or Gidwani on YouTube. Gavaskar’s are aplenty but I’d suggest you ping on this one, his last one in Bengaluru, 1987.

For one, you’d find Bengaluru’s pitch worse than Ahmedabad. Five-six fielders were close enough to whisper and yet be audible to the batsman. Much like Anderson and Broad weren’t used in second innings, Imran Khan too never marked his run-up. The first innings was much like Ahmedabad: Both Pakistan and India just about crossed 100. Pakistan scratched together to set India 221 in final essay.

Now I suggest you watch how Gavaskar chased on that square turner. It was more than monumental, it was Innings for Gods. The legend has it that Imran Khan placed substitute Shoaib Mohammad at silly point and asked him to just watch the great man bat: “It would be a lesson, son. You would never get this class on batting from coaches. Ever.” Before I wet my cheeks, just watch his dismissal at 1.57 stamp on this video. The ball has kicked off from close to his bat, a startling steep rise, like your German Shepherd, on his hind legs his front ones on your shoulder. It went to slips, who has caught it, overhead, and Sunny had been ruled out, wrongly I am told, for it went off his forearm.

I have brought in Sunil Gavaskar and hope somebody passes on this piece to Chris Tremlett who thinks Gavaskar “talked junk” in not being overtly critical of Ahmedabad pitch. He could say both Virat Kohli and Rohit Sharma are similarly biased in finding nothing wrong with the pitch. He could do no worse than lend an ear to his own skipper Joe Root though who too feels it was bad batting more than anything else in Ahmedabad.

So what was pitch like and how was the batting? The pitch was a dustbowl which means it’s dry and it would be uneven. It never developed cracks which visiting batsmen wet beds about in nightmares leading up to India tour. I counted 20 of 30 dismissals as leg before or bowled. I heard Sunil Gavaskar say more than once on commentary: “Play the line. Not for turn.” The first method would keep the skidding pink ball out of your pads or stumps. The other would miss your bat if it spins.

You need to hedge your bets in these conditions. The batsmen never did. The army of support staff was no help. None could hear Gavaskar or pass on his sage words. Maybe they did but modern batsmen of hard hands and bats that comes through an arc are too moulded to be flexible in methods. They don’t leave crease also. How do you counter spin if you don’t meet it on the pitch, Jimmy Amarnath had once wondered to me.

Surely, you can’t go down the track to a Chandra or an Underwood. Let’s say Axar Patel is similar in methods. But the other three? Leach, Root and Ashwin? I wish I could pose this question to Ramesh Saxena, god bless his soul. Sunny Gavaskar too didn’t go down the track as much as, say, his brother-in-law Vishy (Gundappa Viswanath). But he went right forward or right back. And he played late. And he, forever, was relaxed in his stance.

Defensive batting is no longer in vogue. Our man Pujara had once looked very promising to me against spin—in a Test in Delhi he was masterly against Nathan Lyon in fourth innings. But then he could switch gears: His unbeaten 82 had then come off only 92 deliveries. Now he is happy consuming balls and soaking in the accolades from modern greats behind mike. You don’t bat a full day for your 96 like Gavaskar did in that ultimate test in Bengaluru. Blame the pitch if you must. But pay heed to old masters too. If nothing, go to YouTube. It’s a class you missed.