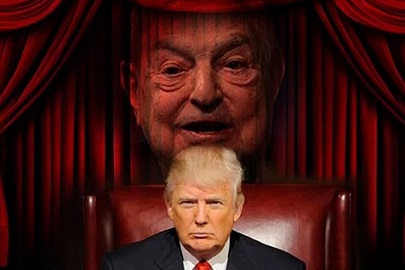 Rudy Giuliani was a national hero as mayor of New York city during the tragic 9/11 and he is now a villain to Western media only because he is by Donald Trump’s side.

Giuliani’s sensational accusations of Friday were sunk without a trace by the prepaid media which concentrated on his hair dye streaming down his cheek during a press conference than on the words he had to say.

“There is an iron curtain of censorship,” thundered Giuliani as he mentioned of the “national conspiracy” to deny Trump re-election was underway.

Giuliani, president Trump’s lawyer, accused flipping of thousands of votes to Biden in “corrupt” Democrat-led cities such as Detroit. He complained of election monitors kept away from ballot-counting in swing states such as Georgia.

“You should be more astounded by the fact that our votes are counted in Germany, and in Spain by a company owned by ­affiliates of Chavez and Maduro,” Giuliani said in reference to Venezuela’s once notorious strongman (Hugo Chavez) and now the present president Nicolas Maduro.

Smartmatic is the company in question, founded in 2000 in Florida by two men from Venezuela. It’s chairman Mark Malloch-Brown is on the board of the Open Society Foundation, run by George Soros.

“My goodness. What do we have to do to get you to give our people the truth?”

Accusing Biden’s aides of orchestrating the alleged fraud, ­Giuliani asserted: “They made significant mistakes, like all crooks do, and we caught them.”

Trump, watching the presser from the White House, tweeted: “An open and shut case of voter fraud.”

Meanwhile Pennsylvania has passed a resolution which allows to confirm the accuracy of the result. Legal challenges are also ongoing in Michigan and Arizona. The Trump campaign has also said it would seek a partial recount in Wisconsin that targets several counties.