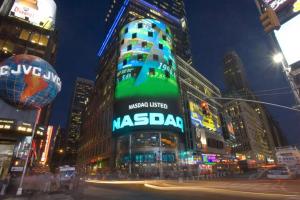 Before we look at the plotting IMF has laid out for the world, an analysis of US economy is in order.

Presently, it is going through a blender. The hourglass is nearly empty. Unemployment in real terms is nearly 23 percent. The stock markets could plunge 70 percent overnight. Indeed, a 25-year-long Great Depression looms.

Doomsayer? Not really. Let’s examine the above claims.

As mentioned in the first part of this series, the devaluation of Chinese yuan this Monday brought about a steep fall in the Wall Street and the Dow Jones industrial average.

Even though the stocks doubled in price since 2008, the economy didn’t grow at all. How did this happen?

First, the central bank, the Fed, pushed the yields down from the government bonds to about 0.1 percent by pumping in an enormous amount of money, $4.5 trillion, over Wall Street.

It left pension funds and investors with no option but to go for the stocks—they borrowed at 1 percent to buy up stocks that yield maybe 4 percent.

But who bought the stocks?

They are the companies themselves who do the stock buybacks. Essentially, the managers of the companies use their earnings to push up stock prices so they get more bonuses.

Ninety percent of all the earnings of the biggest companies in America in the last five years have gone for stock buybacks and dividends.

The Financial sector is at war—against labour, governments and against industry. These corporations are not building more factories or employing more people or making more profits. They’re just using their income to pay dividends and buy back their shares to manipulate the financial sector in the stock prices. The economy meanwhile remains stagnant.

The Wall Street investment bankers are a misnomer: they don’t invest, they gamble. It’s much more like casino capitalism than finance capitalism.

It’s unlikely to end. Both democratic and republican party are run by Wall Street. No matter who the president is, the Treasury heads and Federal Reserve heads would only be appointed from Wall Street. It has a veto power on all major cabinet positions.

Now let’s look at the debt situation. United States has $17.5 trillion of debt; they have $127 trillion of unfunded liabilities. The Fed has increased the money supply by $3.1 trillion. There’s no way US could pay it.

So US is piling up the debt but growth is retarding. It would soon be negative. That would be a signal of a complex system about to collapse.

There’s a precedent for long economic depressions. The one between 1870-1900 lasted 30 years. The Great Depression itself stretched to a dozen years—from 1929 to 1940.

The Fed could print as much money as they want. But people are not borrowing it. They’re not spending it.

Fed itself is in danger. When business can’t pay off their debts; the bad losses are on the banks and the banks look up to Fed.

The Fed has bailed out banks in the past. But now the situation is different. They have about $56 billion of capital. But their actual liabilities, or debt, on the Feb books is $4.3 trillion.

Most of United States’ debts are owned by Russia and China.

They have this advantageous situation that whenever they see a threat coming from the United States, they can dump these bonds.

That’s what happened when Russia invaded Crimea in the spring of 2014. In October 2013, a few months before, Russia had started dumping treasuries month after month.

So if Russia is dumping and China is dumping, who is buying all these debts?

A mystery buyer has shown up.

Recently, Belgium has bought enormous amounts—in the hundreds of billions of dollars of US government securities.

But these amounts are bigger than the Belgium current account surplus.

Could it be Fed itself who are buying it?

These questions came to mind when we learned that the central bank of Switzerland, the Swiss National Bank, purchased 3,300,000 shares of Apple stock in the first quarter of this year, adding 500,000 shares in the second quarter. Smart money would have been selling, not buying.

The Swiss central bank also holds very large equity position in numerous US corporations—Exxon Mobil, Miscrosoft, Google, Facebook, Pfizer, Amazon etc. Among the list of these holdings are stocks with are responsible for more than 100 percent of the year-to-date rise in the S&P 500 prior to the latest self off.

Is it again the Fed who is behind it all?

Says Paul Craig Roberts, the former assistant secretary of treasury: “The Fed is prohibited from buying equities by the Federal Reserve Act. But an amendment in 2010—sector 13(3)—was enacted to permit the Fed to buy AIG’s insolvent Maiden Lane assets. This amendment also created a loophole which enabled the Fed to lend money to entities that can use the funds to buy stocks. Thus the Swiss central bank could be operating as an agent of the Federal Reserve.”

It has temporarily propped up the treasury market. But it would soon collapse. For let’s not forget the Fed is leveraged at 77 to 1. So there is a limit.

When no one can buy the treasury bonds that foreigners are dumping, the interest rates would go up.

The US treasury and fed are depending on another alternative: the International Monetary Fund (IMF).

Knowing dollar could collapse, IMF has a plan in place to replace the dollar as the world’s reserve currency with something that could bail out the US financial system.

It’s a 10-year plan. The IMF released a report this year (and the title says it all): “The Dollar Reigns Supreme by Default.”

A direct quote from the report:

“The aggressive use of unconventional monetary policies by the Federal Reserve, the US central bank, has increased the supply of dollars and created rifts in the financial system. The dollar status should be in peril.”

When the next crisis comes, it’s going to be bigger than the Fed could handle.

The only source of liquidity in the world is going to be the IMF who are leveraged 3-to-1 (unlike 77-1 of the Fed).

These SDRs would then become a reserve currency. The IMF would take over the world monetary system and become the central bank of the world.

Where does it leave India?