Greek bailout is not a ‘done’ thing yet 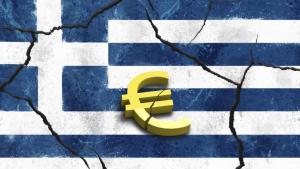 The third international bailout of Greece isn’t a done thing yet even though a credit line of 900 million euro has been forwarded by its creditors, the Troika of European Union, European Central Bank and International Monetary Fund (IMF).

On Wednesday, Greek Parliament took up rather low-lying fruits in its agenda and pushed back the contentious matters, such as early-retirement and tax rise for farmers, into the month of August.

The matter the parliament handled on Wednesday included the adoption of an EU directive to bolster banks and protect savers’ deposits of less than 100,000 euros.  It also debated the rule that would see bank shareholders and creditors—not taxpayers—cover costs of a failed bank.

As for the actual clearing of the deal worked out between Greece and its creditors, the Greek Parliament could find itself embroiled in legal battles as a public debate is on as to how it could over-ride the people’s vote for “No” in the referendum held on July 5.

The referendum had been ordered by the ruling Syriza Party and the prime minister Alexis Tsipras to gauge the view against a harsh austerity measures announced by the Troika for Greece’s black-out. The referendum was a resounding “no” to such harsh measures.

Yet just a week later, Tsipras later succumbed to the pressure by the Troika and agreed to a deal which was harsher than originally demanded by the Troika. The 86-billion euro bailout terms were so harsh that even IMF termed it highly “unsustainable.”  An IMF study said EU nations would have to give Greece a 30-year window to repay all its European debts, including new loan, and a dramatic extension on the maturity of its debts.

Prof Michel Chossudovsky claims that Tsipras was already ready with his betrayal the very next day of the referendum. Tsipras had drafted a 13-page proposal which included most of the demands of the creditors.  “The Greek people were misled and deceived…Tsipras was in bed with the creditors while leading the No Campaign,” wrote Chossudovsky, “The NO mandate of the Greek people was meant to be ignored.”

Even though a referendum is not legally binding, its’ results couldn’t be ignored in a democracy. More so since it was an official referendum ordered no less by the present government’s quarters. All the measures for referendum had come from the taxpayers’ money.

Further, the referendum had been endorsed by no less than the Supreme Social Court. A government which goes against the will of its people had no business to remain in power or decide on a nation’s fate.