Growing worry on Corona in Bengal: Has the horse already bolted? 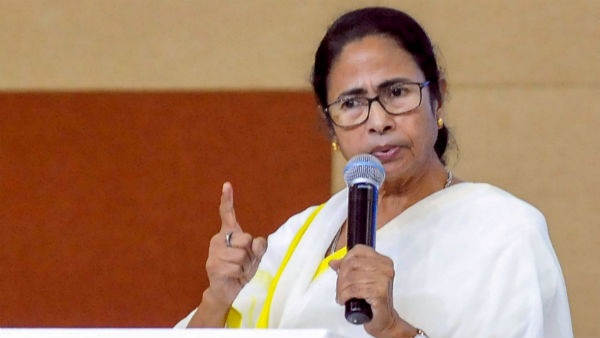 All this while, we have been fretting upon Mumbai and Delhi. It now seems Kolkata was ignored as the wool had been pulled over our eyes.

No less than 264 containment zones now figure in the teeming city of Kolkata itself after Centre came out with its Red, Orange and Green classification list on Corona Virus on Friday.

Kolkata is only a microcosm of worrying state of affairs in West Bengal where no less than 10 districts have been classified into Red Zone though typical of its chief minister Mamata Banerjee, she contests it to be only four districts.

The trouble is, so much water has flown under the Hooghly in the last few weeks that Mamata’s assertion only helps to grow the band of skeptics over her utterances.

West Bengal till Friday was officially announcing the fatality figure in the state to be 33. It had arrived at this figure by un-clubbing co-morbid cases from Corona fatalities. Ms Banerjee’s state was not only flying against the norms of India’s apex medical body, Indian Council of Medical Research (ICMR), but also against the guidelines laid down by the World Health Organization (WHO).

West Bengal, as per WHO norms, had 105 fatality due to Corona Virus till Friday. It had 831 cases which gave West Bengal a fatality ratio of 12.87% compared to national average of 3.19%, four times India’s overall ratio.

Initially, things appeared in control after Bengal reported its first Corona case on March 17 and a state-wide lockdown was announced on March 23 on the heels of its first Corona death. Ms Banerjee marking “social-distancing” circle on the roads was a timely optics.

But then the first hint of trouble was the assembling of thousands of migrant workers at the Howrah Station on March 25.  On April 2 and 3, the state government didn’t release the official bulletin on the pandemic. Between April 4 to 6, the health bulletin seemed to miss the Corona-related deaths before the anomaly was sorted out on April 7.

Things were hardly getting better though. On April 11, West Bengal Doctors’ Forum wrote to Ms Banerjee and pleaded with her to be transparent on Corona Virus.  On April 13, the National Institute of Cholera and Enteric Diseases (NICED), the designated testing facility of ICMR in Kolkata, rued that “West Bengal government is not sending enough samples for Covid 19 testing.”

The broken healthcare system of West Bengal, a victim of four decades of apathy under the Leftist/Trinamool Congress regimes, apparently can no longer be masked. Videos began emerging of disturbing conditions inside hospitals. It led to mobile phones, including the ones of medical staff, being banned in wards of the hospitals. A Kolkata-based oncologist had an FIR slapped against him for his social media posts on lack of medical kits. His mobile was confiscated, returned only after Calcutta High Court intervened.

Whenever media questioned, Ms Banerjee shot back with the advice to “behave properly” or her government could be forced to take action under the Disaster Management Act.

Lately, healthcare workers in the state are testing positive. It includes 20 of Kolkata Medical College.  On April 26, a senior health officer of the state department became a Corona fatality.

Ms Banerjee seems averse to Centre offering advice or help, but for financial aid of course. She was unhappy when the Inter-Ministerial Central Teams (IMCTs) visited Bengal.  IMCT has subsequently expressed concern over the paucity of protective equipment, ventilators and quarantine facility. The testing is low and test reports too are taking longer time than it should.

The spurt in fatality rates suggests that cases are being admitted in the hospitals only after the positive cases have turned grave. Law enforcement is lax. There is a real fear of community transmission. The latest scare emerging out of the state is police, hospitals and its staff are being attacked by unruly mobs.

Most would pray that Kolkata doesn’t suffer from a widespread infection of Corona Virus. Doubters believe it already is suffering from community transmission. The coming days would hold key for the state, which by extension would mean the nation itself. Arrogance and denial is no way to run the state when the lives of lakhs of its citizens are at grave risk.

De Kock and Mohd Shami: Race and Religion which must fit our individual lives

Let’s say Quinton de Kock is talking. He didn’t take a knee because a majority of Whites in South Africa, half a million, are dispossessed....