Guess what! There was no caste system in Gurukuls before the British messed it up 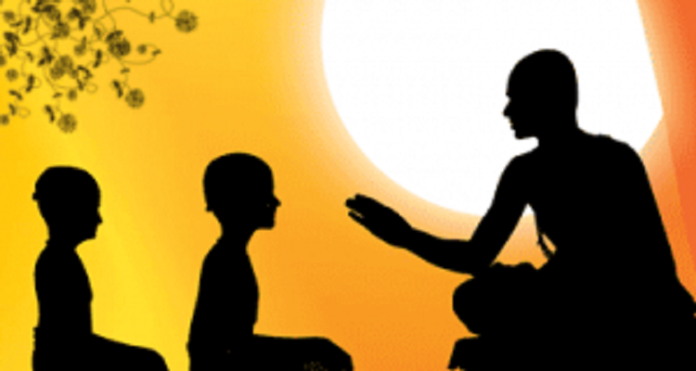 An internet friend from Bengaluru, who I have never met despite the city being my “sasural”, sent me a message a few hours ago on WhatAapp.

“Came to know about a book called The Beautiful Tree in my Yoga Nidra and Dharma study class. It has data on how Gurukuls admitted students from all walks of life and was not Brahmin-oriented. I need to find that book. Then, maybe, it will become easier to talk about how Brits messed with our ancestor’s heads by dividing Hindus too.”

This got me interested. In my various walk-abouts especially around the old temples and mosques of India, I had been, more than once, told about this – that the system of education in

Gurukuls and Madrassahs before the arrival of the British was not decided by caste or class or money.

I heard this from a Muslim guide at the Chenna Keshava Temple in Belur, a Chinese scholar at the Meenakshi Amman Temple in Madurai, a staunch RSS Hindu in Kozhikode whose also staunch RSS father had sent him to the Cheramun Jumah Masjid in Kodungallur to make sure he got the best mathematics education possible, another Chinese scholar researching astronomy at the Chaturbhuj Temple in Orchha and most of all from a 3rd Generation Britisher in India who had been born in the tea gardens of Assam and then with the Brigade of the Gorkhas, been all over the Far East where he had been to old temples like My Son and Angkor Wat, with his Gorkha soldiers who also believed this.

In addition to a fair number of Indians who told me this and believed in this too.

But while I believed this as an individual, I had never been able to put my hands on proper empirical evidence that re-confirmed this. Of course, all my life I had heard that the Britishers practised a Divide-and-Rule policy, especially after the Early Wars of Independence well before 1857, and that they also promoted the Martial Classes theory. But that the Britishers were responsible for restricting education to a miniscule elite was something that I had never been able to find evidence on.

Till I started searching The Beautiful Tree.

The first link I found was for this book. It is a priced publication but if you look hard enough online, you may find safe to read and free versions

But it had to be deeper, I said to myself, and called up some of my friends who had studied history in college, including a few who had made it to the Civil Services on the strength of their knowledge of, amongst other things, Indian history. Each one told me that they had never heard of this, and if they had, they absolutely knew of no evidence to the effect.

At that point, on the advice of an Army historian, I started calling up friends in the Indian Railways, an all-India service composed largely of engineers. One of them, probably the most taciturn of the lot, told me without missing a beat that I needed to look for a book by Dharampal, a Gandhian who hailed from Muzzafarnagar in Western Uttar Pradesh. And that’s when I found the book, here it is, free to read online.

While the book goes into great detail and provides impeccable data collected by the pre-Macaulay British themselves, I found this one paragraph the most interesting and relevant

– “It is, however, the Madras Presidency and Bengal-Bihar data which presents a kind of revelation. The data reveals the background of the teachers and the taught. It presents a picture which is in sharp contrast to the various scholarly pronouncements of the past 100 years or more, in which it had been assumed that education of any sort in India, till very recent decades, was mostly limited to the twice-born amongst the Hindoos, and amongst the Muslims to those from the ruling elite.

“The actual situation which is revealed was different, if not quite contrary, for at least amongst the Hindoos, in the districts of the Madras Presidency (and dramatically so in the Tamil-speaking areas) as well as the two districts of Bihar. It was the groups termed Shudras and the castes considered below them who predominated in the thousands of the then still-existing schools in practically each of these areas.”

So who was Dharampal, the Gandhian? I would suggest you look this up yourself, gentle reader, and discover some more truths.

Caste was not the reason for lack of education in the pre-British era, and that is a simple fact – the British made caste the reason for not providing an education to the vast majority of Indians. The reason was simple – uneducated coolies were needed. As simple as that. Across the Empire and the Dominions.

Later that evening, I called my Railwayman back, and asked him – “you knew this all along?” And he told me, “all of us who work close to the ground know this, all over India, it is only the English-speaking elite who benefitted and therefore pushed this line for the past 163 years who propagated this caste differential in education. Them, and those who found a benefit in being part of martial communities.”

Then he told me some more – “Look, I was in Northern Railways, but my speciality took me all over India. When I returned to Northern Railways, I really started researching the many Wars for Independence well before 1857, and then especially in the areas around Bijnor and Roorkee, I learnt about Dharampal.”

Wars for Independence before 1857? Certainly. Patnagarh and Multan, for example, as well as Belgaum and Mangalore.