History could remember Modi as one who freed up Indian Muslims 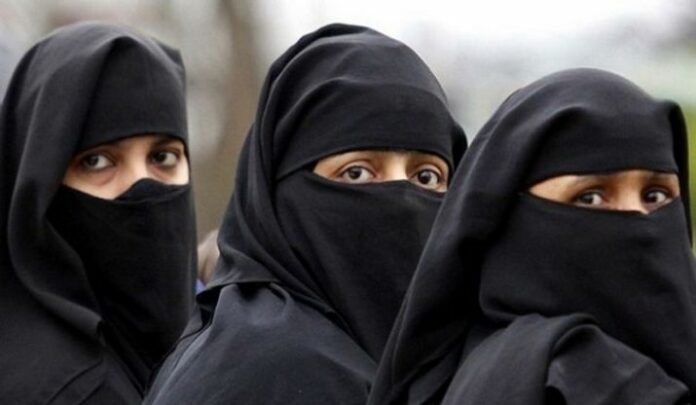 What do I tell which all of you don’t know?

Maybe to my Muslim brethren who fault the Triple Talaq Bill—still not an Act till President Ram Nath Kovind puts his pen to paper– on its (a) criminal; (b) maintenance; (c) interference; and (d) whataboutery aspects that  (i) cruelty against wife is a criminal offence; (ii) maintenance provided for by erring husbands is statutory; (iii) interference citing Islam is neither borne out by Quran nor by practice since most Muslim states, including Pakistan, have outlawed it;  nor (iv)  Hindus or other minorities could escape punishment for cruelty against wife.

Maybe to those who are still smarting at the betrayal of Samajwadi Party (SP) and Bahujan Samajwadi Party (BSP), along with those avowed champions of “minorities” and “secular values” such as JD(U), TRS, RJD, TDP and NCP that when push came to shove, these parties didn’t want to be seen in the Muslim corner and stand against the overwhelming tide. Parties such as SP and BSP still have nightmares about BJP leading in 385 out of 403 assembly seats and why Muslims are no longer the vote-bank they espoused! Their personal brief honeymoon is over too.

Maybe to those who see Mehbooba Mufti as a champion of Islam, a baffling fact that her two PDP members in the Rajya Sabha stayed away from the vote-count even as she kept scare-mongering that BJP was “entering into our (Muslim) homes” using the legislation. Her rival for favours in the Kashmir Valley, Omar Abdullah didn’t miss out in pointing out her double standards even as he himself kept his counsel to himself.

And then you have Arvind Kejriwal who bemoaned the loss of Muslim votes after the 2019 Polls but is now frozen to his spot on the matter of Triple Talaq Bill. This is the man who wants a survey done on government jobs to ascertain the percentage of Muslim employees and whether the low number is evidence of a deep-rooted prejudice by the system.

Maybe to those who know or don’t know the names of the Congressmen who absented themselves (namely, Vivek Tankha, Ranjib Biswal, Mukut Mithi, Pratap Bajwa and Sanjay Sinh), it may come as a surprise that they did so against the express whip of their party to be present in the Rajya Sabha proceedings. Sonia Gandhi and the two apples of her eye: Rahul Gandhi and Priyanka Gandhi-Vadra who have cloaked themselves from the public scrutiny on Triple Talaq Bill, probably don’t have a writ run as large as it used to.

Today, the husband-wife duo of Rajdeep Sardesai and Sagarika Ghose; Shekhar Gupta and Barkha Dutt are like frogs in the well of silence. Gupta has donned the persona of a Sherlock Holmes as he delves into every grain of coffee that its founder, now unfortunately dead, VG Siddhartha ever managed for his enterprise, Café Coffee Day. Barkha Dutt has worked herself into a lather on the Unnao rape victim.  Sagarika Ghose is just a cryptic “I-don’t-support-Triple-Talaq” while her husband is just an anchor on the subject with no personal opinion. And you thought their calling was upholding “freedom” and “gender justice.”

All of them have been caught in a bind. You stand up for Triple Talaq Bill and you alienate the Muslim community which number over 9 crores. You rail against the Bill and earn the wrath of fair gender and not just of Muslim women.

It’s the larger picture which has left them shaken to the core. An empowered BJP would now find it easier to push for the abrogation of Article 370 and 35A.  The hoax of scare-mongering is exposed. BJP, in one stroke, has created millions of extra votes for itself. The Opposition has nothing better than a fig leaf to hide their shame. The injustice of Shah Bano has been righted after a generation’s gap.

Above all, empowering Muslim women could transform the community. It frees them up to seek financial security, gain education and pass on the good word to their kids. It loosens the control of Mullahs and Owaisis who exert it through the boardroom of All India Muslim Personal Law Board (AIMPLB) or the platforms of All India Majlis-e-Ittehad-ul-Muslimeen (AIMIM).

As for Modi, history could judge him as the leader who took the first steps towards emancipation of a community which were led up the garden path by Nehru-Gandhis; Muftis and Abdullahs; Bukharis and Owaisis without deliverance.  This would be the irony of the sweetest kind.