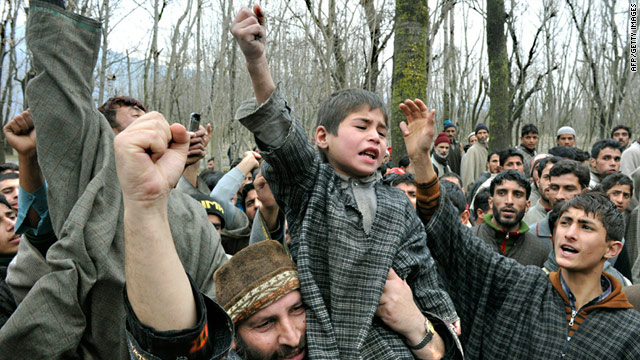 Kashmir was a game which the Centre played with political parties, Pakistan and the world. It was a bout without an end, round after round, with people never the coveted object.

Congress began it at India’s independence, decades passed, Nehru-Gandhis parleyed with Abdullahs and Muftis, pretty pictures all around, all like an exclusive club of democrats which kept people out of gate.

There were of course people within people, like Matryoshka dolls, some important some dispensable, like the Kashmiri Pandits, driven out of Valley without a story in our newspapers, without a word in our Parliament and state assemblies, worth not a glance by champions of “democracy” and “human rights.”

Such a set had dug their roots deep, seemingly controlling all levers of Indian state, a Pakistan and ISI away from Pakistan, often lauded by Hafiz Saeeds and Masood Azhars, ready to spill blood of tens of thousands of brave Indian soldiers, even as glasses were clinked in Pakistan embassy or global summits.

People in Kashmir were scared with the threat of the mainland; the one in mainland were made nervous by the implications of a nuclear war; newspapers, like the trumpet boys, blew “Aman ki Asha” score in the background; terror and goodwill two imposters who took turns on centrestage, every next appearance bigger and worse for the people on either side of the divide.

People in Kashmir Valley wallowed in squalor and dirt. There were no jobs to pick, only stones or AK-47; every round of bloodshed growing their hatred against the Indian army; every reality of no doctors, no dentist, no industry, no investment, no reservation, no provident fund, no private employer, no health, no power, no education, no sanitation was bludgeoned by the homilies of Kashmiriyat, Insaniyat and Jamhooriat.  The only access to money came from bullets and bombs which were for free. Even throwing stones were worth two bucks of hundred rupees. The only language left was – you get us or we certainly would.

In two decades, by 2047, it would’ve been 100 years to the Kashmir problem. Imperial forces was too eager to fish in the troubled waters, brought its weight to bear on India’s West and East shoulders; all the while paralyzing us from taking any action.  They danced in symphony with India’s power-brokers who dressed up in different garbs of politicians and historians; media and academicians; think-tanks and activists. Self-promotion mattered; not people protection.

Kashmir won’t go out of headlines in a hurry. A few implications could only be guessed: Pakistan which has nurtured the terror monster for decades wouldn’t abandon it overnight. The state is run by its army which is the father of modern terrorism. It’s a bargaining chip they won’t surrender at a drop. If bombs can’t go off in the Valley, limbs could be strewn around in the rest of India. Our newspapers would work overtime to link every terrible incident with the fateful decision of August 5, 2019. (Don’t you know already with the lynching and Jai Shree Ram how narratives are spun).

You won’t read many positive stories on Kashmir.  Even as lives are bound to improve with the avowed promise of Amit Shah—“give us five years and see for yourself”—only blood and gore would accompany your morning tea with newspapers.  Kashmir would be made to appear a Palestine, East Timor or South Sudan. If anything, BJP would need a Kashmir wing in its information and broadcasting ministry to neutralize such bugs in the room.

It’s also not too early to say the duo of Modi-Shah would be most admired children of India’s political history.  As if Sardar Patel again took the human form in this duo to fulfill his unfinished work towards One India. Mahrana Pratap and Chattrapati Shivaji were valiant but these two are victorious. For all his virtues, Mahatma Gandhi ironically laid the basis of Partition with his morals which only served to appease. Pt Nehru’s spirit would also be at peace in grave now that it’s historical blunder is straightened out. It’s an India with eye on future and a baton in hand for inimical forces within and without.