How Covid-19 has helped rural economy: And what we Urbans could learn 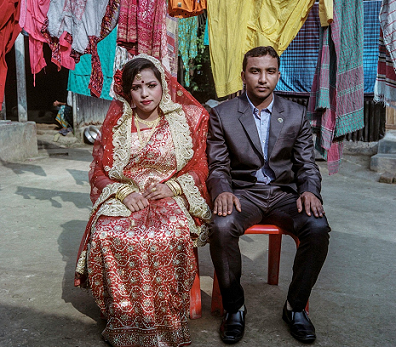 “The gap between the rich and the poor is increasing day by day in India”. This is conventional wisdom and probably very true too. As an observation.

But go back 40-50 years? Take some specific parameters to measure the availability gap between the rich and the poor in India, as different from other countries, including those which had emerged from colonial rule and/or wars in the years between, say, 1945 and 1975. Root Cause Analysis, anybody?

1945 marks the end of the 2nd World War as well as the increase in number of countries reaching Independence, and 1975 marks a huge low in the wars, civil or between countries, taking place variously in Asia, Africa and South America. To give just one example, between 1970 and 1975 almost every country East of India was in some form of war or the other.

1975 is also when I started travelling all over the world as a merchant seafarer as well as reading a lot about what was happening in the world compared to India.

In 1975, which was also the Year of Emergency in India, compared to the rest of the world not at war, we had a huge gap between rich and poor people in the following parameters-which you may wish to compare with India in 2020

And a lot more that we take for granted today in India, 2020, so why are people still so poor? Why are they unable to emerge from poverty to middle class, and from middle class to economic security?

First, we take the analogy of the buffalo thieves – when a buffalo is stolen, one thief runs towards the forest, ringing the buffalo bell, whilst the rest of the village follows. The buffalo, meanwhile, is taken away in another direction. This represents our media, environmentalists and intellectuals in India as far as poverty is concerned. This is the road to coolie emigration by slavery.

Next, we have the combos of elected and selected servants as well as the corporate world, who are not satisfied with 10%-15% of the pie. They want it all, and if challenged, have enough laws under their command to place disruptors and those who disagree into jail with a complicit justice delivery system. This is the road to foreign rule, historically, as the people cry out for justice.

The third, which has grown by leaps and bounds lately, is a combo of society and feudal traditions. And this is where a chance encounter opened up my thinking to a whole new path on why people in India, despite all the chances and improvements, find it so difficult to move out of poverty and insecurity.

My parents, my in-laws, and your faithful writer, all had reasonably simple and low-cost weddings. What that did to help our finances for the rest of our lives is something I could write a separate book about. So why is this important?

A few days ago I was buying some wall putty and exterior primer paint from a shop I have frequented for decades. As is the nature of things, a visit to buy something is also a social exchange and update, and I noticed that the showroom looked newly re-decorated and everything stacked in a very organised manner. The floor staff was fully adhering to the requirements of COVID19 protocols, the telephone staff appeared to be busy, and I was speaking with the owner’s son.

“Couldn’t be better, about 125% of February 2020 sales, and going up as we approach Diwali. We have a whole new segment of Do-it-Yourself customers so the smaller pack sizes are moving well to.” (Smaller pack sizes provide better margins)

“May I have some wall putty and exterior water-based primer?”

“Wall putty I have only 6 kilos left and exterior wall primer we are totally out of. This new category of customers is very particular about environmental aspects of paint.”

“Who are these new customers, how come you are selling so much?”

“People have stopped wasting money on weddings and similar functions, and home improvement is the natural alternative, even our friends in the electrical fittings business are noticing the same thing, everybody now wants Indian brands and ISI mark.”

Suitably enhanced in my knowledge base, I reached home, and started applying wall putty, exterior, when a very dear friend who has settled down in a small village in the Gangetic Belt, his family domain, called up to talk about something, so in excitement and very proudly I told him what I had learnt, and asked him how it was there?

You don’t know anything, this learned friend, who had been a senior civil servant and was therefore of the considered opinion that I along with +99% of the country always knew nothing, told me – “over here, the savings on funeral expenses are also going into home improvement and better farming techniques.”

“Can you throw some numbers,” I asked him, because having grown up in Eastern Railway myself, I knew what funeral expenses could be like. Anything between all the people from 10 to 120 villages nearby had to be invited, typically for 3 meals, one each of puri-halwa, rice-veggies-paneer and a third which was supposed to be even costlier.

Can you even begin to imagine what happens when the money gets diverted towards something sensible instead?

The dynamics of the thin peak of the pyramid who lose out because this money is not going towards “traditional” (read- feudal, colonial) expenses is one of outrage. They will not be denied.

Let’s see how this plays out in a post-COVID19 world?

But more importantly – how does this impact the security of the emerging middle class?

Let me repeat – ” My parents, my in-laws, and your faithful writer, all had reasonably simple and low-cost weddings. What that did to help our finances for the rest of our lives is something I could write a separate book about.”