How did Melbourne happen? Why we the journos miss the wood for tree on Indian cricket 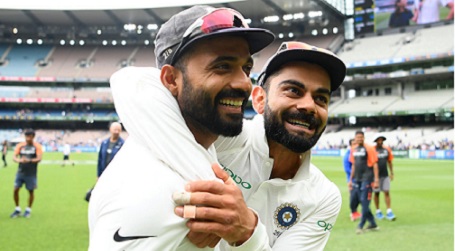 Imagine Ajinkya Rahane being a Douglas Jardine, Bumrah a Larwood and we back in the sylvan setting of 1932-33 when Australia were cheated out in own backyard by Bodyline series. Leg-side theory—I mean how gratifying for an Indian to soak up the respect when we took the morning as lambs to fit any knife, any abattoir and a swift severance of limbs.

What did Rohit Sharma and Virat Kohli do in their big metropolises for months at end? Surely there were no friendly cops to allow them a few lobs at Shivaji Park. How many overs do you think Bumrah bowled before the Adelaide Test? I counted 64—4 overs each in 14 matches of IPL. And how does it sound as preparation against an opponent which had freshly wetted its beak in England and were growling for another whitewash on Indians.

Now whitewash is a familiar terrain for India in Australia since we first toured in the year of independence in 1947. We saved matches when it rained but that too was needed for 2-3 days to be of any use. My first hint of moustache brought the happy tidings of 1985 but then again it was one-day cricket and Ravi Shastri—3rd and 4th best in batting and bowling—was the Champion of Champions. Our class girls had his posters folded in those small bags in vogue but we didn’t mind. He was our hero too. It was again return to normal service though when the first and last tour I did of Australia as journo in 1999 and 2012 were, well yes, whitewashes.

Now these memories bring its own set of confusion. This guy Ravi Shastri, decades before and after my forays in Australia, has been visiting Down Under as a player, commentator and coach.  All put together 40 years. I mean from the days of Zeenat Aman. Does he offer any clue to the missing pieces on India in Melbourne.

So I went digital. I saw India saved a whitewash in 1992 which was God’s prasad on Tendulkar’s dazzle but actually owed to Shastri’s double hundred in Sydney. Shastri then exchanged whites for ties and hat behind microphones for two decades before returning as coach of the Indian team in 2014. Now this is his third tour as coach Down Under. And guess what, India hasn’t suffered a whitewash in all these three tours!

So this man sure is a pain—well in neck—to Aussies. Peter Lalor who himself has spent a few decades in press box, today has mentioned in The Australian that Shastri, during the course of his double hundred, gave a mouthful to captain Allan Border of all people who was dreaded by his teammates as “Captain Grumpy”. That’s a copybook which reminds me of a man who presently is his by actor-wife’s bedside.

There are questions grave enough for my practicing fraternity but deadlines, that deadly poison to reflection, don’t permit. Or alongside praising Ajinkya Rahane for his fortitude and captaincy, we also would have lingered on this team’s core which took six years in the making and for which Virat Kohli deserves an applause on the feet. And Arun and Sridhar, that thick and thin (figuratively) of India’s bowling and fielding, who have made this team unrecognizable from the days of Tendulkar and Ganguly.  Bowlers and batters are falling by the wayside but this team still has the hosts by the throat. How?

Again, I think we journos, till the last hour, would be missing our lunch on Indian Eleven for Sydney. Like we did with our three courses, fretting on Virat Kohli. Hung up on KL Rahul without quite checking if his red ball cricket was as good as his white ball. Jadeja for Shami? A mouthful on Hanuma Vihari who, for all we know, could turn out to be Laxmanesque in years to come. Remember fellas how we took that perennial failure Virat Kohli being retained in Perth in 2008? (As an aside, if it could sober us up, it’s said the media has never got ONE prediction right on big affairs which have shaped modern history).

I guess instead of questions we ought to look at reasons behind decisions of this team. Let’s not treat them as fools only to find later that we alone were playing the role. We like being in the muddle instead of reflecting how this core has firmed up in last six years, how good could be the captain, coach and the support staff in shaping this bunch which is whipping buttocks on foreign fields. We can’t see Melbourne 2020 because we can’t remember Wanderers of only two years ago. These heroes step up when a few are missing, reverses have happened, and opponents are jacking up pitches and stakes against them.  We would doubt India which has changed but have implicit trust on white men with an accent.

Do you think like our cricketers, we too need to mature as public and press?

I think we do.