How good has India been in E-education in this Summer of Corona? 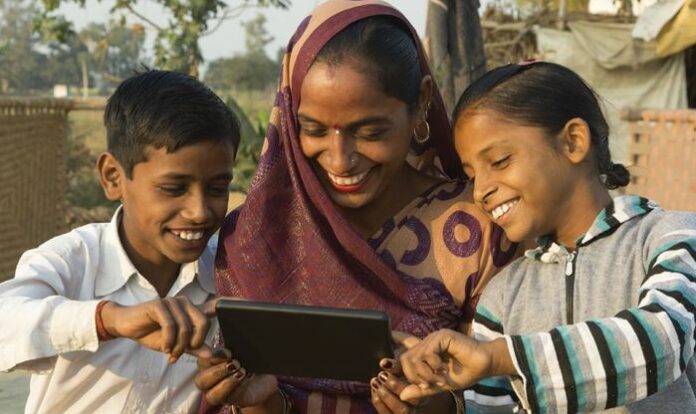 Kids have numbers. I mean there are 25 crore children who visit 15 lakh schools in India—or when they last visited before March 16 shut them down.

Most liked the break. Some didn’t. For India had found an alternative to physical classes. It moved online. Government and educational bodies launched several e-learning portals and apps such as DIKSHA portal, e-Pathshala, Swayam, STEM-based games etc.

Hawks were keen to found out if much-touted India’s 4G network spread would hold up. Yes, the 4G data is very affordable, it’s said to be robust enough to cover the entire country, but India is that dark abyss for marginalized communities, those stuck in deep interiors, who don’t have smartphones, leave alone laptops and desktops.

The Telecom Regulatory Authority of India (TRAI) tells us that although 78 percent of India’s 1.3 billion population have mobile phones, the tele-density hasn’t seeped beyond 57 percent.  The rest are innocents to such advances. Then not everyone at home has access to smartphones. How could a family of three teenagers with one smartphone fall into a lockstep to study online?

Well, some did. There is a Kumar family in Ghaziabad, in Delhi NCR itself, where three teenagers worked out a schedule to use their solitary smartphone to good use. Nidhi, 15, begins the day with an hour’s coaching on a WhatsApp video call; the younger brother gets hold of the phone next, and finally the older brother pushes his applications to colleges.

At the other end of the spectrum is Ishan Khandelwal from a privileged background who isn’t able to come to terms with the final XII paper he missed due to Corona suspension of exams. He still has emerged with a grade to envy, booked his berth in a premier US educational institution and hopes Donald Trump would smile one of these days.

There is no end to such stirring tales of defiance. Pravinsinh Jadeja, a primary school teacher in Gujarat’s tribal district of Dahod, has turned an open space into an e-learning school of his own. The kids in their two-room school, now shut, don’t have internet or access to TV. So Jadeja, all of 43, has done his own smart bit.

Every morning, Jadeja, armed with his 5.5 inch Android smartphone holds a live session on DD Girnar’s YouTube channel. The students sit on cots while the winds blow and cows moo in the background. Jadeja is not alone. There are 30 other teachers across 10 villages in Dahod who do similarly and hold a shining light on the community of teachers. In Chennai, class 10 students in corporation schools have been temporarily provided with Android phones.

Similarly, at least 20 percent students don’t have e-access to the All-India Council for Technical Education (AICTE) online classes even though 8 million others do. The body has now arranged for 500 colleges to provide access of internet to any student living nearby, even if he or she is not a student of that institution.

Sometime, we don’t realize how good India has been with education in this distressing spell of Corona Virus pandemic. Lakhs and lakhs of students are being taught at home. Contrast this with Pakistan where students are being put in jail for demonstrating against the e-learning diktat even as they don’t have access to internet.

Quetta is one of the largest and most impoverished districts in Pakistan. Nine out of 32 districts are completely devoid of mobile internet services due to security reasons. Schools in Pakistan are closed since March 13. Students are holding demonstrations, sitting on hunger strikes, and subjected to violence, for demanding e-access to studies. Some have gone to High Court.

Quetta isn’t a stand-alone district in Pakistan. Much of the country doesn’t have internet infrastructure. Where it’s available, the network quality is poor. Only 35 percent of population have access to internet. Mostly it’s 3G connections. According to The Inclusive Internet Index 2020, Pakistan is 76th ranked country out of 100 nations. It’s the lowest among all Asian countries.

India, despite its multiple challenges, is among the top 50 countries on quality internet access. It’s only 13 rungs below China, now that a comparison between the two is regularly sought.  India has massively bridged the gap vis-à-vis China in recent years.

At the time of independence of the two countries in late 1940s, the two population-behemoths suffered from massive illiteracy. India’s rulers lacked resources, if not the will, to put education as priority. Thus, just a generation ago in 1982, China’s literacy rate was almost double at 64 percent to India’s 37. Today, in 2020, India’s literacy rate has jumped to 81.3 percent compared to China’s 96.84 percent. India is in a hurry to make up the lost years.

So when Corona pandemic threatened this march, India was up to the task. Not just the government or commercial ventures but even NGOs like Pratham are pushing their digital, radio and SMS-based programmes via village administration in 10 Indian states. The Ministry of Human Resource Development (HRD) is busy disseminating lessons through radio and television. State education departments are innovating new models to reach their local populace.

There is also intense involvement at the school, parents and the government level. In Karnataka, the state government stopped online classes for children below six, citing an advice by NIMHANS (National Institute of Mental Health and Neuro-Sciences), a premier Bengaluru-based mental health institution, that it could affect the mental health of kids.

The furious schools—goaded by parents–though would’ve none of it. After the state government banned online classes up to Class 5 on June 15, they challenged the decision in the Karnataka High Court. The court has quietly asked the state government to take a walk as its act is a violation of students’ fundamental rights to life and education.

The syllabus for next year has been reduced by 30 percent. The HRD minister Ramesh Pokhriyal “Nishank” has tentatively put the reopening of schools after August 15. But India is undeterred by the delay. If the present pandemic is any guide, India could make virtual education a norm, and not an exception, in the next five years.