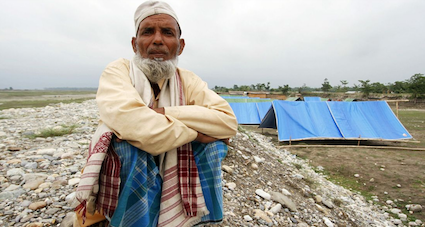 I truly don’t know what my caste is. Nor did it matter as I was growing up. Religion, certainly was important, it was the main reason my parents opted to move to New India as refugees with zero assets. I am immensely proud of being a Zero Restart New Indian. Maybe that is my caste. People appear to have started aligning castes across religions now.

One place they never ask you what your caste is, and where you end up sitting or sleeping with people based on random algorithms which appear to be aligned towards gender and age, is on an Indian Railways Reservation Form. My own name is often entered as V. Malik which leaves fellow travellers wondering, and even more mystified when I drink gallons of black coffee, along with mostly egg-etarian food – unless I can score some freshly caught and fried fish at Ratnagiri Railway Station.

Caste and religion does not appear to matter in General Unreserved Class and 2nd Sleeper on trains. As one moves up the pecking order, 3rd AC, 2nd AC, AC Chair Car, Executive Class AC Chair Car and then the ultimate, 1st AC, it appears to show its face. In 3rd AC and 2nd AC, for example, temporary curtains are drawn across aisles and windows by some people. But mostly it is about “adjustment”, and keeping the peace whilst travelling in confined spaces for long journeys – and I do observe an increasing trend towards vegetarian food by most people. More for economic and safety reasons.

Clothes and symbols do define religion, caste, communities – but here also,  after some time, people stop glaring at each other for perceived differences. For such events, I have some brightly coloured kurtas and saffron (with green lining) gamchas, along with blue denim jeans and my old beret with badge.

If I have been asked my religion and caste most often, it has been in the close confines of 1st AC on trains, and increasingly I give an answer like “my caste is sailor” – after which the conversation usually heads off into different directions. Playing it safe on conversations is most important in 1st AC for many reasons.

# the risks of smoking. Out go the smokers, to some distant bogie, especially if the topic has moved on to the smell and risk of second hand smoke.

# the risks of coloured sweetened waters. This one works wonders and I have learnt so much from fellow travellers that I should write a book on the subject.

# parallel to this are healthy traditional foods of India. Again, across castes and religions, one learns so much on trains from a vast variety of people. Especially women.

# It is very risky to talk about politics or governance in 1AC because very often the co-passengers are from that segment itself. Nothing new is learnt.

# I love travelling with people from the Armed Forces and the Indian Railways. Maximum education gained whilst plying them with filter coffee decoction.

# One more category, self-made successful people connecting between non-Metro towns, which is when one listens and learns about the huge progress in real India. Wow and salute to this lot.

On most trains, the 1st AC bogie is next to the Un Reserved bogie, sealed from each other by a locked shutter in the vestibule. This shutter can be opened and is often opened to permit certain people to move from one world (1st AC) to another (General Un Reserved or UR),  so very often I also sneak through, and sit in the UR bogie.

Here the big learning curve is about what I refer to as the life of the “Internally Displaced Indian Citizen” or IDIC. Wrongly often referred to as “migrant labour”. Yes, when I was broke, down and out and jobless during the huge Merchant Navy recession of the mid ‘80s, I travelled enough in UR Class to understand the meaning of life. But the huge growth lately – and real life problems – of IDICs for economic, political or environmental reasons is an issue which I do not spot much knowledge or reportage on.

It was on one such journey that I learnt how the Internally Displaced Indian Citizen (IDIC) is at a huge disadvantage in all forms of Indian governance, especially the Justice Delivery System, when up against the real illegal immigrants from neighbouring countries – especially the real illegals from “a particular community”.

The Internally Displaced Indian Citizen (IDIC) is, for example, on his or her own when faced with issues like posting bail for accusations of minor crimes. The very word “accused” gives a perception of guilt right away and nothing makes it worse for self-respect than being called an “accused”. Once a person in India is an “accused”, there are mostly two routes out –

a) Post Bail if all support systems are in place, in which case, back as a free person – and often strut around without remorse.

b) Get locked up as an under-trial, unable to get Bail, and the stigma “accused” stretches back all the way till home and workplace.

The Internally Displaced Indian Citizen (IDIC) is most fearful of being unable to post Bail. This is something I have discussed often with friends who are from the Justice Delivery System of India. A person unable to post Bail will turn to any entity who will offer help – and the trouble for the rest of us in New India starts from there.

By comparison, the real migrants from neighbouring countries appear to have a well-greased and precise support system, which helps them post Bail and move back into doing whatever they were doing. That they happen to be from “a particular community” is not lost on me or on the Internally Displaced Indian Citizen (IDIC).