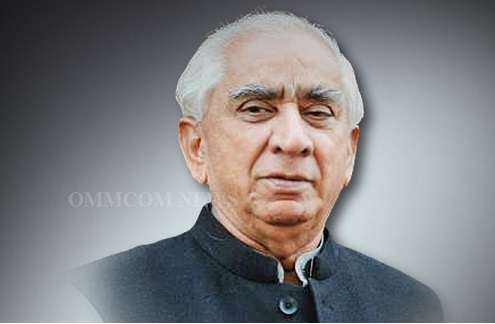 India’s rise in world affairs and the role Jaswant Singh, who died on September 27, can’t be overstated.

An important man in the cabinet of Atal Bihari Vajpayee’s NDA-led governments, Jaswant, between 1996-2004 was at different times India’s foreign ministers, defense as well as finance minister.

His role as India’s foreign minister can’t be overstated since he renegotiated his country’s place in the world, against US hegemony, as a brash nuclear power even as global Islamist terrorism took over the narrative in the world. This project of India finding its due place in the world due to its economic and military might has continued under the present Narendra Modi government.

It’s interesting though to remember that Jaswant’s worldview was shaped by a British viceroy to India who is loathsome to India’s nationalists to whom Jaswant was a founding pillar.

George Nathaniel Curzon was a British India viceroy between 1898-1905 and is reviled for partitioning the Bengal presidency in 1905.

There were two lectures by Curzon, one in 1907 in Oxford and the other, two years later, in Edinburgh which seemed to have left a big impact on Jaswant Singh. Both dwelt on the challenges of frontiers for the British Raj: How does one settle frontiers with troublesome neighbours? How should one deal with a neighbour whose sphere of influence, by dint of maritime geography, is expansive?

In 2002, Jaswant Singh quoted Curzon’s 1907 lecture but added a twist: “Not all frontiers, like Curzon’s time, are physical—some are economic too. Indeed, Singh’s concern was what happens when political frontiers dissolve—as they did with the European Union? This Jaswant Singh spoke about when European Union look impregnable and there was no Brexit in air. There was still no China’s push into the western Pacific or Russia’s into Georgia or Crimea.

The idea was for India to have a sphere of soft hegemony in Indian Ocean where New Delhi aligns itself with multiple powers to develop an “India Center” as Curzon had put it.

As People’s Liberation Army showed no signs of backing down in Ladakh, India has introduced various economic measures and forbidden automatic flow of foreign direct investment from China, banning Chinese apps and hinted at China’s exclusion from 5G trials.

Incidentally, India’s present foreign minister Dr S Jaishankar has described Jaswant Singh as having influenced him the most. The task in front of him is the same: How to manage contentious borders and at the same time project India’s economic and military might around “India’s Center.”