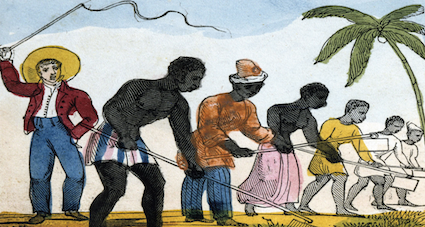 As a fauji brat, I went to schools all over India, of all sorts. From State Boards passed in Hindi to upscale Angrezi medium twang-twang schools. I had great fun at or in all of them, and towards the last few years of school, what I did not learn from inside Wren & Martin was forced in variously by having it thumped on my head by an English Language teacher lovingly known by an African Safari derived term for “rhinoceros” and an English Literature teacher whose ancestors were French.

What I truly loved, however, was Mathematics. Looking back, I wish I could have, somehow, done languages and mathematics. Next best? Travel the world in a profession that required you to be quick in both. Amongst other things. But back to school.

Most of all, what I learnt in terms of life realities, from an Anglo-Indian school right in the middle of South Delhi’s refugee catchment area – was boxing with my fists, kicking during football and otherwise with my feet, purloining or borrowing what was needed to get a job done, and when that got me into trouble – a Principal and Headmaster who taught me how to win with a pen and a typewriter instead.

As a direct result, I fairly soon surmised that College was going to be a waste of time, and all I learnt Under the Big Tree Across the Road was how to roll really tight joints for a senior who later on became a very big guy in the System.

After a few weeks I somehow managed to clear the only UPSC Exam that was ever held for school-leavers in the ‘70s, and joined the Training Ship Rajendra. Subsequently, soon thereafter, while still a teenager, I also travelled the world, carrying commerce all over the globe.

The first thing you observe at sea is that wars are like frantic dancing at discos between an assortment of constantly dancing partners.

Certainly, movement of arms and ammunitions happens – but also between those at war with each other. Learning curve came into its own when one particular ship I was on, which in itself was flying the flag of a country at war with its neighbours of the same religion and it was all about oil for the Great Satan, carried arms and ammunition for another small little recently liberated country – from three different formations.

The next thing you observe is that fake currency becomes one of the fastest moving products when a country’s economy has to be destroyed. Only those countries which manage to respond with more counterfeit currency for their enemies, survive, whilst hyper-inflation causes more damage than guns. Along with that comes, somehow, a huge dependency on food in aid. Agriculture is the biggest fulcrum casualty of wars. People stop going to the fields, are totally unable to go fishing, and they then proceed to eat the animals.

But the big observation is this – when the ship reaches some other part of the world, the perception of wars is totally different. Usually drilled down to binaries, with a variety of -isms added on for good measure. As seafarers, we know differently – capitalism, socialism, fascism, fundamentalism, communism, and the rest of them, are not really relevant.

What is relevant? Complex question. Mostly, what is relevant is Whitey trying to continue to make slaves out of Black and Brown, and white trying to steal commodity of the day. Cotton, sugar, rubber, oil, opium, copper, gold, diamonds, slaves, salt  – whatever and more. And it is all carried on – ships.

So by the time one was 30 or so, being worldly wise had set in as part of the territory, and for most seafarers – interaction with non-shippie groups was at a premium, so we kept out views to ourselves. But somehow, I was the swallow that flew South in the summers, and kind courtesy the school our children went to, landed up at PTAs and school functions which were like extensions of JNU gatherings of that era.

Earnest, mostly unbathed, people wearing un-ironed clothes, discussing their -isms of the day with great seriousness. As though the world depended on their views. Which soon appeared on television too. Where, quite by chance, so did I – talking about automobiles on screen and listening to gyaan about -isms (though they all bathed, went to beauty parlours and put on smart Western casuals before coming on TV) while waiting for the next round of snacks and drinks.

I must confess – at times all this left me with a huge inferiority complex. The only University I had been to, for reasons other than pursuing NATO (No Action Talk Only) type damsels on borrowed motor-cycles, was the University of the World of Travellers. And the School of Life. Whilst all around me, especially at these JNU-Extension type PTAs, were these earnest highly still being educated people. So, back to school – but this time, fight back with pen and type-writer.

(Note – by 30, most of my contemporaries had been in command for 4-5 years and here these people were still “studying” their -isms. And also somehow hanging out in NGOs, Policy Think Tanks, or similar high-sounding esoteric occupations, which always included travel to exotic parts of the world which we knew from the rear orifice upwards instead.)

Thirty-plus years later, as many of these NGO-types were all ready to move into their 3rd generation family type operations, things changed. FCRA, for example, on foreign “contributions” took a welcome toll on these parasites. More paperless transactions and demonetisation truly removed the huge risk India faced of FICNs.

But most of all,  the children of today’s India did not have to go to these elite schools to gain knowledge as different from education. And they do not have to compete with the superior airs flaunting globe-trotting jhola-wallah NGO lot either.

And that is the big change I see in India now. The children who go and do their State Boards in a regional language are the real winners in India.

Finally. Thankfully. They globe-trot too. As well as fox-trot. About time too. English, they will learn in 3 months, preferably without being tripped by Wren & Martin.