In Australia’s crackdown, a warning to Indian media 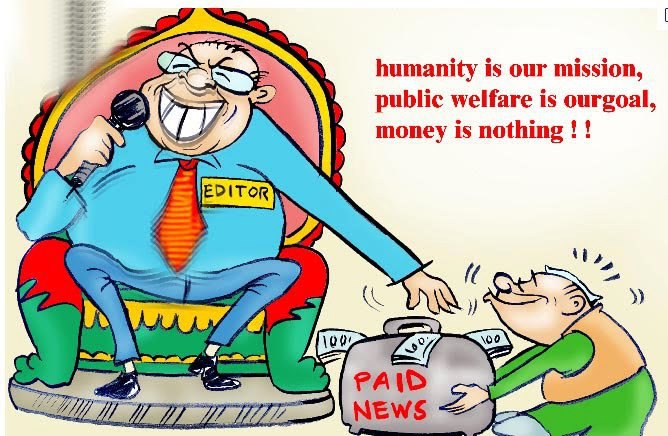 Australia is cracking down on its media, no less than the venerable Australian Broadcasting Corporation (ABC). Police raided the ABC offices in Sydney on Wednesday for leaking “classified material” and had the warrant to access reporters’ notes, emails, story drafts and even passwords.

The Australian government knew the uproar on “assault on freedom of press” would be instant. But they did what the law empowers them with. You call it attack on “freedom of press”; we term it as “requirement” for nation for which we have been mandated by its people. Simple.

It reminded one of The Hindu’s leak on Rafale in the season of 2019 General Polls which Indian government termed as “sensitive” and had “reached enemies” in an affidavit to the Supreme Court. The government toyed with the idea of invoking Official Secrets Act. Lo and behold, all hell broke loose. Such was the ferocity of opposition and media houses that the government beat a hasty retreat.

Who won or lost? An insignificant matter if the security of the country indeed has been compromised.

As a scribe myself, I squirm when a journalist is arrested in Odisha or a news portal editor is put behind bars in Bengaluru. The unease is deeper when mainstream media ignores it. This gives way to fits when the same mainstream media moves heavens as Indian government raids NDTV offices for tax and other violations. Why double standards? Is it because you have “friendly” governments in Odisha and Bengaluru and its’ opponent BJP in the Centre?

It’s been a while since I’ve been running NewsBred, a news website as an anditote to the lies of mainstream media. My rage against mainstream media didn’t happen overnight. I was part of it for over two decades when President George Bush, in collaboration with Tony Blair of England, launched attacks on Iraq and won people’s approval by peddling the scare that Saddam Hussein had Weapons of Mass Destruction (WMD). It was all a lie. The mainstream media never questioned it nor has ever apologized. No regret, no retribution. Nothing. A country is ruined. Men killed in millions. Sisters, daughters, mothers raped and sold to prostitution. Dignity, Freedom of Expression, Liberty are still the watchwords of liberal world. It’s the same liberal world which didn’t come to Salman Rushdie’s help when a “fatwa” was issued and rewards promised for his head.

Propaganda always had value. It became an art during World War I. Edward Bernays, nephew of Sigmund Freud, was a master in his own right on crowd’s mindset and the “herd mentality.” He promoted President Woodrow Wilson as the beacon of liberty and freedom in the old world of Europe. It was Bernays’ efforts which saw the Paris crowd greet Wilson as a “liberator of the people. The man who would create a new world in which the individual would be free.”

News as commerce was the logical next step. Bernays now turned his attention into turning readers as passive consumers. He understood the yearning of masses for freedom and fulfillment. He helped tobacco industry gain the women constituency for smoking. Cigarette was projected as symbol of male sexual power, a phallic symbol. Women could have their freedom and liberty only if they could rebel and smoke in turn. That too in public.

Came the Easter Day Parade in New York City. Bernays staged an even where a group of “rich women” smoked in defiance. Media had already been tipped off about these “torches of freedom.” Tobacco companies had hit the jackpot.

To this day, media acts as a tool of corporates and corrupt politicians. Freedom of speech, expression, liberty, democracy, secular—these all are tools to keep readers as passive consumers. Media act at the behest of powers, the hand which feeds them. Welfare of people is farthest from their mind. Agenda is a priority; sensationalism its’ mistress. Freedom of press is a myth to get their passive consumers on their back and terrify the state into submission. This is the tactics presently being employed against the Australian government, as it was with the case of Rafale. Radia Tapes are only good for headlines, no material harm has come either the way of Barkha Dutt, Vir Sanghvi and many others. Life goes on as usual.

If the readers stop being passive consumers, logical questions could pin down mainstream media. Why there is no searchlight on Arvind Kejriwal—nor on Congress—for all the fake promises they have made over the years. Chief secretary could be thrashed in midnight but hardly any outrage. Pillars of AAP fade away but no question. Ration card scams, no question.

Or P. Chidambaram. An income tax commissioner could call the former finance minister by every abuse in the book—“fraud, corrupt, serial scamster, debauch and immoral” etc—yet no question. Chandrababu Naidu and Mamata Banerjee could block CBI from functioning in their states but no question. No query if it’s done to cover up their alleged scams. No questioning a lackey police commissioner, allegations against whom in a chit-fund scam Supreme Court found as “very,very serious.”

This unholy alliance breeds on favours. Certain farmhouses granted to a few journalists in the national Capital could only be spoken in hushed tones. Social media might report how advertisements in crores keep Kejriwal in good books of mainstream media; or a litany of Rahul Gandhi’s financial misdeeds are brought in public domain. No less than a sensational book on “NDTV Frauds” is only a click away. Yet mainstream media won’t bat an eyelid. But let Narendra Modi speak about a “brhashtachar PM”(Rajiv Gandhi). Pious lectures on morality, dignity of office, leave-the-dead-man-alone, whataboutery, post-truth etc would be dinned into your ears.

Media is key to democracy. But only a neutral media. Where public and not personal good is the yardstick. It’s agenda and greed can’t endanger tens of millions and a nation. Law must take its course for everyone, without any exception. If media is not neutral, it’s better it’s neutralized. No individual, corporation, group or syndicate is bigger than nation. As Cicero said: “The safety of the people shall be the highest law.” Law is order in liberty, and without order liberty is social chaos.