India-China: Disengaging on one land; squaring up on another 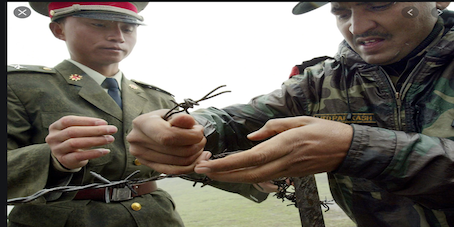 The Indian government has recently unveiled a draft Arctic policy. It envisages India’s engagement in the Arctic region for climate research, environmental monitoring, maritime cooperation, and energy security. India regards the Arctic as a common good of humanity. It is well-positioned to use the experience accumulated within its vast human resources to help explore the Arctic and conserve its unique biodiversity.

While India has a  history of three decades of research in Antarctica, its growing interest in Arctic affairs might bring certain questions to the table- what will India seek, apart from comparing scientific research with that carried out in its Himalayas?

India’s engagement with the Arctic region dates back to 1923 when the British colonial government of India signed the Svalbard Treaty of 1920, which granted Norway sovereignty over the Arctic archipelago of Svalbard. For years India has invested in the Arctic region for research and its resources, including minerals and hydrocarbons. However, India was majorly focussing on the South Pole.

It is the climate change that has taken the toll on the Arctic region and the worries of diminishing sea ice of the Arctic on monsoon- the backbone of the Indian agricultural sector, has pushed the Indian government to expand their polar research beyond Antarctica. In 2008, India’s first Arctic research station, Himadri, was established in Svalbard. During this time, India has limited itself to scientific research in the Arctic, including glaciological, biological, atmospheric, and marine studies.

Now India is planning to move beyond scientific exploration and take advantage of the region’s energy resources. Also, as India makes the third-largest oil importer and consumer of the world, it must be eyeing the hydrocarbons which can further become essential to sustain the Indian economy.

An accompanying note in the policy document states “India seeks to play a constructive role in the Arctic by leveraging its vast scientific pool and expertise in Himalayan and Polar research. India would also like to contribute in ensuring that as the Arctic becomes more accessible, the harnessing of its resources is done sustainably and in consonance with best practices formulated by bodies such as the Arctic Council.”

Interestingly, apart from being rich in mineral resources, the Arctic has also become a battleground between major powers. Beyond the environmental impact, the Arctic region has bigger geopolitical dimensions also. One – as an emerging power, India probably is working towards its desire to make its presence felt in all regions. Second is its competition with China.

China, which describes itself as a “Near-Arctic state,” had published an Arctic Policy white paper almost exactly three years ago, in January 2018 — a document whose accent on geopolitics is significantly more pronounced than the draft version recently released by India. According to the white paper, China wants to tie the Arctic to its Belt and Road Initiative, encouraging joint efforts to construct a “Polar Silk Road” or “blue economic passage” that would link China and Europe through the Arctic Ocean. While Beijing has touted the project as a mutual economic development initiative, it’s widely seen as an attempt by China to construct a massive, multinational zone of economic and political influence that has Beijing at its core.

Not only just China, Russia, too, has a large interest in the area. Both China and Russia view the Arctic as a significant jumping-off point from which to project power farther in eastern or western Eurasia.

The interests and values of these countries “differ dramatically’’ from America. The United States is one of the biggest partners of India and under such circumstances, India can counterbalance the strategy of both countries.

Take it like this- India is a member of the QUAD group ( USA, Japan, Australia, and India) and also has now become China’s main opponent in the Southern Asian region. Also, China is considered as a competitor and even as an adversary by the other three countries, especially by the USA.

Russia is also a threat to the USA but it shares cordial relations with India. In May 2021 it will be transferred to Russia for two years. Probably, there was the intention to use the historical ties between the two countries for Russia to lobby for India’s new interests.

This situation provides India a win-win situation- Now India while engaging with its own interest can also play a primary role in US strategy to stand up to China.

Inarguably, It would be interesting to see what India will tangibly do to set itself up as a player in the Arctic.