India going ahead with S-400 missiles from Russia 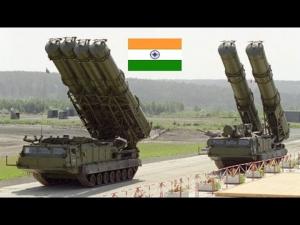 India doesn’t intend to scuttle its plans to buy S-400 Triumf from Russia despite the spectre of US sanctions.

The visit of India’s defence minister Nirmala Sitharaman to Moscow last month was a firm indication of India’s resolve to ignore CAATSA (Countering America’s Adversaries Through Sanctions Act) which Donald Trump’s regime had invoked last year on Russia for its alleged interference in 2016 US elections.

India has always relied on Russia for its military hardware and technology which remains undiminished despite Modi government’s increased military reliance on United States. Presently, it imports 62 per cent of its military needs from Moscow.

US is adviced to go easy on India in case the deal materialized for one, it’s a bulwark against China in the Pacific Ocean; (2) It’s world’s largest arms importer benefiting US directly; (3) It could push India into the arms of China and Russia and thus completely neutralizing influence of US in Asia.

New Delhi had expressed its caginess against US sanctions during a visit of foreign secretary Vijay Gokhale to US recently.

The S-400 anti-air missiles have been billed as US F-35 killers by Moscow. During the cruise missile strikes by US, French and British army on suspected Syrian chemical weapon sites recently, it was noticeable they avoided areas protected by S-400 systems.

Russia has already begun delivering S-400 missiles to China; Turkey has a $2.5 billion deal to purchase S-400s from Russia. Iraq has expressed its interest too rather than US Patriot surface-to-air missile defence system which was dubbed a failure to protect Saudi Arabian capital Riyadh against the missiles launched by Houthi rebels in Yemen.

S-400 is one of world’s best interceptor-based missile defense system. It has an estimated operational range of 400 kilometres and an altitude of up to 185 kilometres. It could intercept missile warheads in their terminal stage.

India is expected to announce the purchasing of S-400 missiles from Russia when the leaders of the two country, Narendra Modi and Vladimir Putin, hold a bilateral summit in October this year.