India has 17% of world’s population but accounts for only 5% of carbon emissions: Modi 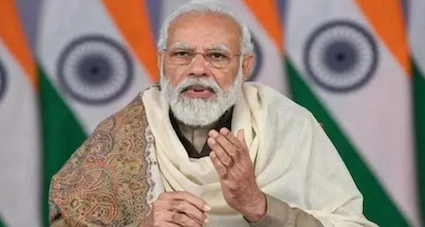 India was home to 17% of the world’s population and it accounted for only 5% of global carbon emissions, said Prime Minister Narendra Modi. During a session, ‘Investing in a better future: Climate, Energy and Health’, PM Modi hailed the lifestyle of Indians which has kept a check on country’s reduced carbon emissions.

The Prime Minister made the remarks in Germany where he is attending the Group of Seven (G7) summit alongside world leaders.

PM Modi has met with several state heads including Canadian Prime Minister Justin Trudeau and US President Joe Biden. It is to note that Biden was the last to emerge for the photo opportunity with PM Modi at G7 Summit in Schloss Elmau. The session, when the Prime Minister made remarks pertaining to climate and India’s carbon emissions, came shortly after Biden and PM Modi met on the sidelines.

“Seventeen per cent of the world’s population resides in India. But, our contribution of global carbon emissions is only five per cent. The main reason behind this is our lifestyle, which is based on the theory of co-existence with nature,” PM Modi said.

Dismissing the false narratives regarding climate change and the situation of developing nations, PM Modi added, “There is also another misconception that poor countries and poor people cause more damage to the environment” while noting that access to energy should not be the privilege for the wealthy.

“All of you will also agree that energy access should not be the privilege of the rich only – a poor family has the same rights on energy. And today when energy costs are sky-high due to geopolitical tensions, it is more important to remember this,” PM Modi said.

Noting that presently energy costs are “sky-high” due to “geopolitical tensions”, PM Modi told the audience that the Indian Government “delivered LED bulbs and clean cooking gas door-to-door in India and showed that millions of tons of carbon emissions can be saved while ensuring energy for the poor…Our dedication to our climate commitments is evident from our performance.”

“We have achieved the target of 40 per cent energy capacity from non-fossil sources 9 years before time. The target of 10 per cent ethanol-blending in petrol has been achieved 5 months before time. India has the world’s first fully solar power-operated airport. India’s huge railway system will become net zero in this decade. Today, a huge market for clean energy technologies is emerging in India,” the Prime Minister detailed.