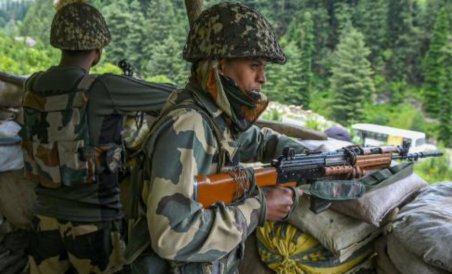 Amidst the fresh tension between India and China over Ladakh, the Indian government has now even become more watchful of its eastern borders with China.

India has moved its troops to the eastern district of Anjaw in Arunachal Pradesh. The June conflict within Ladakh has been one of the worst violence between India and China in many years.

A Reuters report quotes Ayushi Sudan, the chief civil servant of Anjaw, about the increase in the army battalions at Anjaw.

“The military presence has surely increased, but as far as incursions are concerned, there are no verified reports as such,” said Sudan.

Arunachal Pradesh was the main battlefield during India-China tensions during 1962 and security analysts have, once again, warned that it may become a flashpoint again.

Lieutenant Colonel Harsh Wadhan, the Indian Navy spokesperson, downplayed the massing of troops as saying it’s a part of the common rotation.

It’s units changing. That’s happening as it happens every time, nothing much,”

Anjaw-Walong and Chaglagam are the most vulnerable areas in case of a conflict.

India was outnumbered in Walong in the 1962 War. Now the area of mountains and fast-flowing rivers is getting the government’s attention for settlement and road-building.

Ms Sudan said the plan is to create more opportunities and possibilities for villagers. There is a cluster of villages in the area.