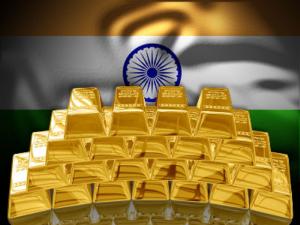 Sberbank, Russia’s largest state-owned bank, is looking to finance the direct import of gold to India.

Aleksei Kechko, managing director of the bank’s Indian subsidiary, has made an announcement to this effect which is no surprise to those who have followed the gold-buying spree of BRICS nations, especially China and Russia.

India imports a lot of gold. Indeed, it’s the second largest importer of gold in the world. India imported $35 billion worth of gold in 2015. The direct gold trade between India and Russia would help both nations.

“We hope to sign the transaction by September or October this year,” said Kechko “We are also exploring the possibility of entering the gold loans sector as well.”

Russia has been keen of late to conduct business with BRICS nations in gold. Russia now has a yuan-clearing bank in Moscow and it’s Central Bank has opened a branch in Beijing to make for better communication between the financial authorities of the two countries.

The effort by BRICS nations is to work towards bypassing the dollar while also using gold for transaction commodity between member nations.

BRICS nations actively are moving towards creating a new financial architecture to tackle the dominance of the US dollar in global finance.

The initiative was taken in the eighth summit of BRICS in India last year. The new institutions set up by the BRICS include the New Development Bank (NDB), the BRICS-led Contingency Reserve Fund (CBF) and the Asian Infrastructure Investment Bank (AIIB).

Russia is world’s third largest gold producer behind China and Australia, as per the 2016 data. Still, it has been on a massive gold-buying spree in recent years. Hit by economic sanctions by West, Russia’s ruble is the most gold-backed currency in the world. Moscow sees it as a safeguard against western attempts to destabilize Russia’s economy.

The same is the case with China who wants to be ready for economic warfare by the West. Both China and Russia have added almost 50 million ounces of gold to their central banks while selling off more than $267 billion of treasuries.

As for India, it simply loves gold leading to its constant demand. Be it newly-wed brides or trinklets with peasants in countryside, Indians simply love gold.

However, importing gold is relatively a new phenomenon. Until 1990, gold imports were virtually banned. Bullion was smuggled and cost 50 per cent more at home than abroad. However, deregulation set off an explosion. Now most gold legally comes to India through banks.