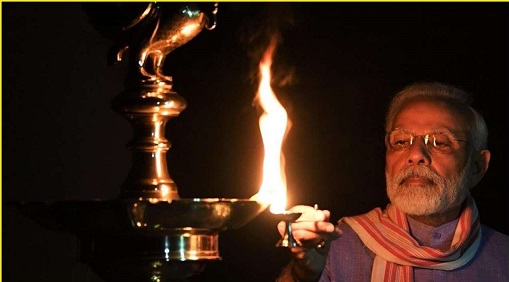 All of us would agree that public transport should’ve been allowed to let migrants reach home. Done and dusted in the first week of Lockdown 1.0 itself.  Free food and community centres are not homes.

Then came mischief. One fine day, we had thousands of migrants at a bus station in Delhi. Somebody had promised them transport home. This whisper also worked in Mumbai. Thousands poured into Bandra station. Somebody was trying to get them on streets. An educated guess is it was politics. As we would presently see, any political upheavals can’t be caused without people-on- streets.

It’s now Priyanka Gandhi on the move. Her bleeding heart has arranged a thousand buses for migrants for Uttar Pradesh. She has chosen buses over trains.  Never mind UP is successfully requisitioning tens of trains by the hour. Half of all Shramik Trains, 301 out of 642, have headed to Yogi’s state. She won’t tell, and our media won’t ask, if she has allergy to Indian Railways. She is surely not living up to her surname who once discovered India on trains and ended up as Mahatma.

So let’s agree on the basics: One, State made a mistake in denying migrants a window to escape. Two, somebody wants human misery on streets. This agenda was bound to soar on the headwind of people’s trauma. This was one reality which was wired to favour fiction.

We got to know of fictions on a regular basis though our media don’t give enough credit to its readers for intelligence. This usually happens when you are unchecked. NDTV was caught arranging migrants through a staged performance. They were shamed enough to delete the video but its men were soon up to another mischief. So, a report has Priyanka’s buses lined up, only the image actually is of Yogi’s buses for Kumbh Mela last year. One recalls a fake report in The Hindu of migrants being extra charged. Indian Express isn’t leaving a single migrant on a single highway who could add to its’ misery editions. India Today group meanwhile is selling migrants photos for thousands of bucks.

These are the kind of times when Western media wakes up to India. Washington Post has run dozens of photographs on Indian migrants; New York Times likewise; The Guardian wasn’t quite British in overplaying it as India’s greatest exodus since the Partition. Quite interestingly, the newspaper in a matter of 24 hours, was praising the United States and Australia for enforcing a complete lockdown on its people; no escaping the measure. It had drooled on UK lockdown as a “necessary hardship.’

All this doesn’t blind us to migrants’ nightmare. People have lost lives on roads, trucks and railway lines. Centre hadn’t seen it coming. Nobody had, truth to tell. Smiling idiots who pass off as experts were moving between one media house to another, predicting catastrophe for at least 40 million Indians. The end was near.

This is the thing about images. Young kids are psychologically scarred by Corona Virus. Possibly in lakhs. But they don’t make up images. Indifferent couples, in 24×7 proximity, hate each other more than ever. We possibly have lakhs of divorces sowed. Again, there are no images. Young entrepreneurs are ruined. Again, no images. Corona has been a pandemic which in real gritty world, outside our Netflixes and home-bakeries, has been nothing short of death to millions. Again, no images.

The political beasts know this truth from ages. In modern world, it’s the most important tool of imperialism. These days they don’t send out armies, well not everywhere. They strangulate you by propaganda. A government, howsoever loved, is pulled down through steps in these orders: (a) Bring people on streets; (b) Show police as murderers; (c ) police freezes; becomes spectators; (d ) anarchy on streets morphs into violent mobs; (e ) Pressure groups—UN, EU, Media, Human Rights Groups, NGOs—pounce on its prey. Its’ “sleeping cells” they have fattened all these years in the home country—opposition and corrupt media—are the proverbial fifth column. Judiciary succumbs. Before long, the popular leader is pulled down. Those who know the truth of Yugoslavia, Ukraine, Iraq, Libya and “Arab Springs” –and a pro-democracy fake in Hong Kong—would agree.

Narendra Modi is in this unfortunate situation. He is popular and nationalist – two traits which financial sharks don’t allow to exist. It hurts free trade and their agenda of endless profits. They hold the presidents and the prime ministers of the world by their little finger. Men like Modi, or Putin, Xi or Kim, who put nation first, are caricatured and shown as savages unworthy to be in office. First the world opinion is won over by propaganda. It paves their road for intervention in the name of “democracy” and “human rights.” The suffering nation would face financial sanctions; or worse military action.

This is Modi’s fate for next four years. People-on-streets is an agenda which has been set in motion. Citizenship Amendment Act (CAA) was the first roll of the dice. Migrants is another. They would keep recurring, in the guise of one or other, to bring anarchy on streets. Every day, every month, every year. This much I know for sure. What’s Modi’s response we would know. India can’t desert its man in this hour.