Jaishankar confronts Rahul Gandhi within hours of his video-post 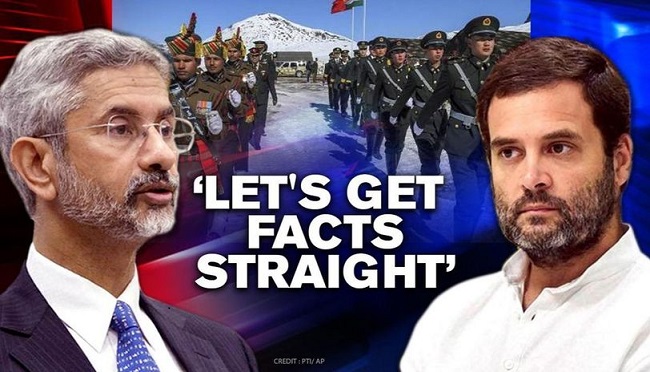 Rahul Gandhi (see video below) had criticized India on counts in his video, raking up the Ladakh standoff issue and literally blamed India for China’s aggressive posturing on Line of Actual Control (LAC).

Jaishankar replied to Rahul Gandhi through a series of tweets which, it is best, are reproduced verbatim. So, this is how it read:

Rahul Gandhi has questions on Foreign Policy. Here are some answers:

We speak our mind more openly now. On CPEC or BRI, on South China Sea, on UN-sanctioned terrorists etc.

And some facts on our neighbourhood:

The Hambantota Port agreement between Sri Lanka and China was concluded in 2008.

Ask those who dealt with it.

A settled land boundary (2015) with Bangladesh; opens path to more development and transit. And terrorists no longer find safe haven there.

Nepal after 17 years is getting Prime Ministerial visits. And a swathe of developmental projects: power, fuel, housing, hospital, roads etc.

Bhutan finds a stronger security and development partner. And unlike 2013, they don’t worry about their cooking gas.

And Pakistan (that you skipped) surely notes the difference between Balakot and Uri on the one hand, and Sharm-el-Sheikh, Havana and 26/11 on the other.