JNU visit: Ms. Padukone, why not name this man in your pro life and say sorry 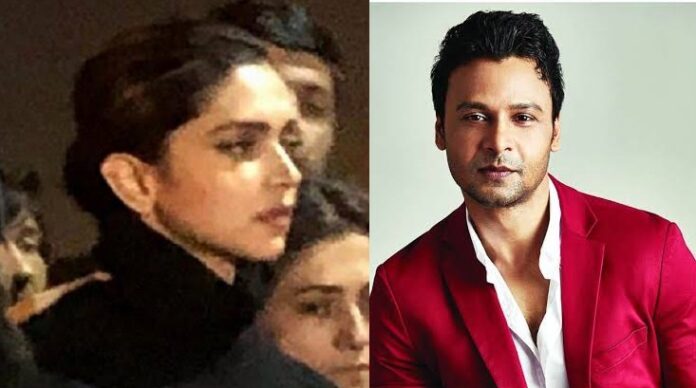 (It’s an open letter to Deepika Padukone. Hopefully she would read it and respond. If for nothing, then for commercial success of her upcoming movie).

I looked at your twitter-line for the first time this morning. I wanted to know more about the woman whom everyone calls an actress but who walked into the “fire” of JNU last night. You took sides with Ms Aishe Ghosh, president of the JNUSU which is a Leftists’ hotbed. But that’s okay—each to his or her own.

I am told you are in Delhi for the promotion of your movie “Chhapaak” which is releasing in next 48 hours. It looks an inspirational movie on an acid-victim. Your critics claim your JNU visit was part of your promotion plan for the movie. That millions of dollars of marketing was saved by your 10-minute visit to JNU. Not many know though that you are not just an actress in the movie. You are also a co-producer along with Meghna Gulzar!!! Again, that’s okay –movie-making is an expensive, time-consuming business. You don’t put money in a venture to lose it.

One side of me hailed you as a brave woman standing up for what she believes in. The other side wanted to know if there was some truth in that your JNU appearance was all about movie promotion. Hence, I digged.

Twitter was the starting point. Of the dozens of tweets you have done since 2020 started, all of them were on your upcoming movie. Your profile picture is of the movie. You are tweeting your followers to book tickets for the movie, giving links on how to buy tickets, posing with the real-life victim, tagging everyone associated with the film, including Fox Star Studios.

But one name was missing: Prabhat Choudhary. It was a strange omission. After all he heads Spice PR which markets you since 2011.  Prabhat is important enough to be invited in your closed-door marriage from a select, curated list. Still foggy? It is Spice PR which took credit for Aamir Khan’s “intolerance” comment. Have you looked at their website: It claims “we spy on society.”

Spice PR it was which released the picture of your visit to JNU to media outlets. Most media outlets hid the source but the BBC inadvertently published the picture with Spice PR printed on it. Surely his team from Spice PR had accompanied you. It was a planned visit. Choreographed. It wasn’t your passionate belief in the cause of Ms Ghosh and her accomplices. Or in democracy, secularism, human rights humbug. You are no Joan of Arc.

Ms Ghosh and her accomplices? You object to the word? So let’s assume you don’t know the background. The JNU administration filed two complaints with the police against Ms Ghosh on January 3  and 4. Both were before the violence on January 5 which moved your conscience.

“On January 1, around 1 pm, a group of students using masks on their faces forcibly entered the office of the Center for Information System (CIS) and switched off power supply, evicted technical staff and made the servers dysfunctional. They obstructed and stopped public servants from doing their duties.”

The FIR also states that the students threatened, abused and chased staff out of the office and server room. “Students locked the room, squatted at the door and didn’t let staff enter the room.”

This complaint clearly names Ms Ghosh and her accomplices.

“On January 3-4, CIS office was closed as registration process was halted due to lockdown…Ms Ghosh indulged in physical violence, pushed lady guards, verbally abused and threatened them with due consequences if they opened lock of CIS door. Few guards were beaten up.”

So Ms Ghosh victim? On the contrary you stood with vandalizers. With goons who beat up university staff from performing their duty. Caused revenue loss which is paid up by us taxpayers. You have no thought for the innocent neutral students who wanted admission or give tests of their semesters. You never reckoned that Pakistan military would hail you and cite your JNU visit to abuse your country for which your father shed his sweat and tears. The same Pakistan army which has waged four wars against your people, killed lakhs of Indian soldiers in these wars or in proxy terrorism in Kashmir. It never occurred to you that these nefarious forces made lakhs of your Kashmiri Hindu brothers and sisters to flee the Valley and suffer untold misery.

All this for ensuring you multiply your invested money and further you career.

If you really want to live down the shame of your conduct, do credit to your remarkable father who is an idol to millions in this country. If you don’t want him to suffer the abuse and shame of fathering a brainless daughter, I suggest you stand up and apologize to the nation. If for nothing then for commercial reason itself as your film would see a record surge and those boycotting would show up in double the numbers. There is no shame in acknowledging your slip up. There is no shame in saying: I’m sorry.

And if I may add, you could ask your fellow filmi colleagues to stop being juveniles. Look at the twitter handles of Javed Akhtar, Swara Bhaskar and Anurag Kashyap. The last one even went to the extent of putting the prime minister and home minister of your country as masked goons. If they were fascists, could Kashyap have got away with such rank abuse? Is the fatso brave enough to put a sketch of a historical figure as his profile picture? Dare him to do it: He would know what’s fascism. And you too would grow up in turn.

Please do reply and clear the air. Both on the role of Prabhat Choudhary and Spice PR on your JNU visit. And correct me in case you differ.