Kashmir and the gunpowder which awaits us: Know it; fix it 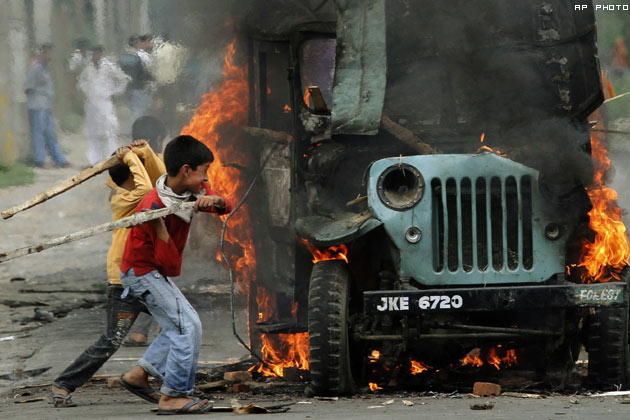 If I am reading it right, defence minister Rajnath Singh’s claim on Pakistan-Occupied Kashmir (PoK) is a sign that India wants to fix Pakistan once for all.

India needs be bellicose if it has measured the headwind right that Kashmir would become as big an issue as Palestine is in coming days, weeks, months and years.

Once the relaxation in Kashmir Valley comes, attacks and violence would be a common occurrence—at least in our newspapers even if the ground reality is different.

Already BBC and Reuters are on their old tricks of faking news and videos on Kashmir and our shameless columnists are losing no chance of equating Kashmir of today with Palestine and even Hong Kong protests as people’s revolt against a reactionary, despotic government.

China of course treats the Hong Kong matter with a heavy hand and gives a damn to what international press and human rights group write about Xinjiang region and the million Muslims it has kept in detention camps.

India similarly need not be ruffled by the outrage in media, demonstrations on streets or protests in our University campuses for they would be motivated, paid and planted by the break-India forces.

Isn’t it some wonder that India’s J & K move which was passed by an overwhelming majority by its lawmakers and acquiesced by its Supreme Court hasn’t found a line of support in our paid Left-Liberal media even though if the billion-strong citizens were to be asked at this very moment, Modi virtually would be worth 400-seats plus in the Parliament.

Our newspapers are full of constitutional “invalidity” of the move and vile hacks like Karan Thapar and Rajmohan Gandhi – I am not even coming to the rogues gallery of Ramchandra Guha, Sagarika Ghose, Rajdeep Sardesai, Shekhar Gupta, Barkha Dutt etc—are full-throated on “human rights violations” which of course didn’t matter to them when Kashmiri Pandits were being driven out of the Valley.

There have been some remarkable interventions by the likes of Dr. Jitender Singh, Venkaiah Naidu and Ravi Shankar Prasad in print which is virtually a spanking of such journalists and their propaganda yet a deluge awaits India-First forces and they better be prepared.

Pakistan would create global nuisance everyday from now on. They won’t be alone too for Khalistani separatists won’t let go such a god-send opportunity to be in the limelight. Already we have reports of such gadflies in places as distant as Seoul is from London (And please follow the template of bravehearts Shazia Ilmi and Poonam Joshi how to confront them).  Why, Pakistan prime minister Imran Khan has officially created a Kashmir desk in its global embassies to drum up the propaganda.

Pakistan would also lose no opportunity to show UN Security Council has taken up the Kashmir matter even though neither India nor Pakistan was invited to the closed door discussions. No resolution was passed, no official statement issued. France, Germany, Russia have balked. Donald Trump wants Pakistan to settle the matter bilaterally and even China has made a similar sound. But try telling this to Pakistan.

The road ahead is not easy for Modi government. If it laxes Valley, Pakistan would plant violence. If India keeps a close surveillance, pictures would flash across our newspapers and TV screens of how even an Under-6 cricket match is shadowed by heavy boots and rifled soldiers. International media is a consort to this Deep State. They would play the ball. Then Abdullahs and Muftis are already ready with the script they would chant once set free.

It needs a strategy from India-First forces.

(a)    Modi government must ask its public faces to counter the propaganda in real time. Chances are it would be a cry in wilderness but at least its main audience—the citizens of this country–would know. It would keep India combative;

(b)   Modi government must remain dismissive of global outcry. They must borrow the template from Israel, and even China;

(c)    They shouldn’t be shy of pitching in with nuclear-first and PoK talks all too often;

(d)   It could safely ignore UNSC where China, on its own, doesn’t have traction.

At ground level, every India-loving entity—be it individuals, social media, websites, news outlets etc – need to take up the burden. Smash the propaganda by whatever means you could as your duty towards the nation. As your obligation towards the future of your kids.  Such voices do assume a mass below the surface even though on exterior, it’s the propaganda which would have a field day.  Don’t be discouraged and learn from Donald Trump, Vladimir Putin and Xi Jinping—all are hated by the Left-Liberal media but they continue to hold sway.  Swachh Kashmir should be a mission in which all of us have a duty towards the nation.

(Post Script: Again, do read these erudite explanations from Dr. Jitendra Singh, Venkaiah Naidu and Ravi Shankar Prasad to bust the propaganda which would confront you every living moment from now on).