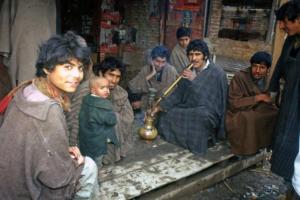 I sincerely believe we would never know the forces of our world till we read “Animal Farm” from George Orwell. It tells you that a society consists of only two forces, one who wants control and the other who is controlled. The one which wants control uses propaganda, deception, money, violence and terror. It covers up its tracks with moral positions. The other one is easily duped by these methods. You and I only fall in either of these two categories.

Propaganda makes use of s primary weapon: the historical/religious/caste/race divides which are ever-present in any society. Propagandists keep driving a wedge on these faultlines so that society remains divided. The classic “Divide and Rule” formula. Hindus-Muslims-Dalits-Christians are made suspicious of each other. They tear each other apart rather than rejoice in common themes between them.

Their lilliputian leaders ride on this animosity to win elections. They are damned if they improve the lot who’ve voted them to power. Nor the propagandists fret. For it was never the aim. The society remains weak and polarized. Like a patient who never leaves the couch of a loathsome doctor while he is sucked dry of all resistance and resources.

So identify either of the two groups you belong to. Don’t delude yourself in believing that you fall in between neither. In that case, you don’t matter. You could say you don’t care but be prepared for the price your children would pay. To be neutral is to be a criminal to your next generation.

Every time you delude yourself in such misplaced trust, and come out in defence of news-peddlers, give yourself a simple test. As an Indian you are told daily that Kashmir is burning. Ask yourself whether the propagandists whom you believe in, have told you these simple facts:

So every time you are fed a narrative from our presstitutes, take the trouble of asking them whether they know these facts; and if they know whether they had cared to inform you the reader about these hard facts. And if not, what could be their sinister motive.

If none of you are informed, and there is no public stance from these presstitutes on these hard facts, ask yourself whether you are not being a sucker to these divisive forces. And whether it’s time you boycotted them and brought them to book. There is no bigger crime than betraying somebody’s trust—forget the money and time you spend on such worthless hacks. Whether for every story of division in our society, aren’t we obliged to run 100s of positive strains to communal harmony. India matters to us and our children. Not to those who don’t have your or mine interest at heart. The classic “Animal Farm” syndrome where the majority are led by the ear by a few sinister forces. Chase them out of your mind and drawing rooms.