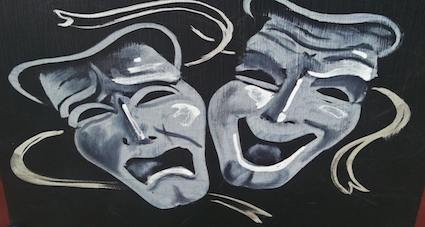 Take three episodes, apparently unconnected, much in the news – and then join the dots.

Narcotic routes and the recent changes therein is one answer to all three riddles.

Subsequently, with better ship-building technology, the route shifted via traditional West Coast seaports, got formalised by the East India Company to a few specific seaports on the West Coast and with the advent of steam as well as global triangular trades not dependant on monsoon weather systems, the routes shifted to river-sea systems via one specific East Coast seaport.

So, the first question arises – who is really responsible if and when narcotics in commercial quantities are found nowadays on merchant ships?

As modern seafarers know, ultimate responsibility vests with the Master, who are also often the main witness. If the main witness is sent to jail, then anything can, and does, happen.

In this case, however, possibly due to the media attention and also because of the deeper serious problems – the trackback to source appears to be taking priority. Imtiaz Khatri, with Shah Rukh Khan and his son Aryan in the image above, is the first step towards that. His name had propped up during the Sushant Singh Rajput’s death case too, again in centre in image below.

So, to start with –  this is nothing new, the transport of commercial quantities of narcotics on merchant ships. The fortunes of some of the world’s largest and most respected business families as well as royalty were laid on the keels of ships used for moving opium all over the world. Especially in and from India.

To think for even a moment that this commerce ceased magically the day India achieved Independence is part of the failure of our education system about and post the rule by barbarian Colonials and post sword-wielding Mughal eras.

With many of yesteryears stars fading out, leaving behind offspring who are more than incapable of doing anything productive, the easy route from consumer to pusher is often a given. This song from EASY RIDER spells it out –

Which were the busiest seaports for the movement of opium?

Well, Bombay was certainly one of them, and tomes have been written on the subject – but there again, was Bombay a transit point in the past or is Mumbai a focus of consumption now, is the deeper second question.

Goa, Daman and Diu lost favour after the British superceded the Portuguese. Calcutta did well too, because it had an extensive river system to support it, as crops in the catchment area were then changed from traditional to opium and the rest is history.

In modern day merchant shipping, the responsibility for what is loaded and unloaded on a merchant ship is spread across multiple entities. No longer are the Master and Mates often even aware of what is being loaded where on the ship. Often they are not even aware of who really owns the ship, leave alone the cargo, and as for passengers – they are just cargo that walks on two feet and eats food. If they consume alcohol, and gamble, then so much the better – for the mystery owners and operators, remember?

The ship is by law supposed to have a Chief Security Officer onboard, totally qualified and competent to enable compliances, as well as provide guidelines to not just the passengers but also to inform the authorities about any risks to safety onboard. And carrying as well as using prohibited substances, narcotics for example, is a huge risk to safety of any ship – be it passenger or crew.

Ideally, people with histories of crime, especially sex crimes and narcotic crimes, should simply not be allowed onboard passenger ships. Prospective passengers are usually vetted ashore and those with even a hint of suspicion are simply denied boarding. But commerce trumps common sense and nowhere in the booking forms as well as passenger information for the present episode is this information asked for or provided. The people working on the ship know less about the passenger boarding a ship than the lift operator in a building.

Yes, sure, a passenger can be a superstar’s offspring and get the best cabin on the ship. Upgrades for commercial reasons happen all the time. And some passenger ship operators do maintain sniffer dogs too as well as stronger equipment for detection of dangerous items – but they certainly put all passengers and their baggage through multiple checks for contraband. Prior to boarding. Often prior to even entering the restricted spaces on docks.  Regardless of whose son they may be.

So how does a passenger board a merchant ship, assuming all documentation for the ship in question is in order, and what are the legal conditions therein?

So How Does Kheri And Kashmir Come Into The Picture?

Which is where the Terai and Kashmir come into the picture. But first – “India is the main producer and the only legal exporter of opium, accounting for 335 tonne (37 tonne in morphine equivalent). That value represents over 98% of global opium production.”

Post 2014, post 370, post tightening up of legit opium exports, very little remains for the illegal narcotics and drugs “market” in India. Airports and seaports are under huge scrutiny. Coastal boat movements are heavily monitored. So what are the routes left towards the consumption areas of India?

So now we come to the violence being seen in Kashmir and the Terai, with Punjab being strategically located between these two locations, currently in huge turmoil.

How, please think, does this opium and its derivatives now reach the big consuming centre city, now that the sea and air routes have been blocked, Maximum City as it is often called, with what appears to be an insatiable appetite for narcotics?

So below are links for readers’ benefit:

It has to reach by land.

And where does it come from?

What is that overland route? Look at a map of India’s borders with Afghanistan, Pakistan, Tibet and Nepal. Can you see Punjab and Terai (Kheri) there?

There is a huge internal (and external) security issue related to all three episodes much in the news lately. Just be informed enough to join the dots.

If still in dark, think about Rs 21,000 crores worth of drugs seized from Mundra Port in Gujarat and heroin of Rs 125 crore worth haul at Nehru port in Mumbai–all in a matter of four days!