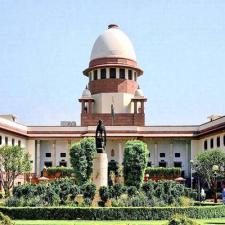 Supreme Court wants new laws against lynchings. It warns of “mobocracy” which could eat away the vitals of a free, just society. What it missed was an address to itself, a reflection whether it too could have played a part in this growing “gang rule.”

Mobs taking law in its hands could have various genesis: emotional, religious, civic, political etc. Bigger the mob, bigger the suspicion that it’s part of an organized group or political party. Often state machinery colludes with it. Police, just an arm of state, is unable to overrides its bosses. But what stops judiciary?

Two issues have troubled two generations of Indians on two sides of two centuries. One is justice to the 1984 anti-Sikh riot victims. The other is Ram Janmabhoomi. To thousands of Sikh families, indeed the entire community, 1984 riots is a festering wound. As for Ram Janmabhoomi, millions of Hindus suspect that top judiciary has played its role in obstruction of a decision. We all know, Justice delayed is justice denied, isn’t it.

In the 1984 Sikh riots, 3325 people were murdered, 2733 were in Delhi alone. Powerful Congress leaders were named. Some, like HKL Bhagat, have since died. Others like Sajjan Kumar, Jagdish Tytler and Kamal Nath are still around. Nearly 10 Commissions have sent in their reports in three decades.

The Nanavati Commission, created by Vajpayee government, made public a lot of shocking details. Manmohan Singh had to apologise to the country (but not as Congress’ representative!). Tytler lost his ministry. And that’s it. Only 30 people, mostly low-ranking Congress supporters, were convicted. No prosecution for rape yet.

Police, no surprises here, kept botching up 100s of cases. Special Investigations Teams (SIT) have yielded little. It closed 241 of 587 cases anti-Sikh riots cases on lack of evidence. Most of them, admittedly, are being reopened by the Supreme Court.

Blame it on system, if you may; police and judiciary could pass on the buck to each other, but in perception of the masses, especially Sikhs, the perpetrators of 1984 riots remain unpunished. Mobs are formed when belief in the system is eroded. All three organs of the state: executive, legislative, judiciary are equally guilty.

There is no gainsaying by judiciary that it could only judge what is brought in front of it by investigating authorities. Several police officers have been indicted by various Commissions. Why not persecute them for contorting justice? Why not question the cover of exoneration which departmental inquiries have provided them?

Ram Janmabhoomi is another chore. The judgment has been pending for over two decades after the High Court verdict which gave two-third of the land to Hindus. There is no obstruction by police or Parliament. Yet, the ball is in judiciary’s court for too long.

Issues such as above weaken citizens’ trust. They then seek justice through the prism of their own outrage. A stalker is then lynched because people of this country aren’t sure when, and if, justice would be delivered. It could happen even in petty crimes, such as a pick-pocket being lynched.

The fear is, judiciary is increasingly suspected of courting populism. When judges address press conference; when it opens its doors in midnight (not Karnataka, this is about Karti Chidambaram being granted relief at Madras High Court judge’s residence), when judiciary addresses adda of a newspaper, it’s suspected of PR, showcasing itself in  better light than its brothers-in-arm, executive and judiciary.

Supreme Court’s intervention on matters of lynchings are sure to warm the heart of every neutral citizens of the country. Only if such citizens could reflect whether it’s necessary. Whether India doesn’t have suficient criminal laws to deal with such issues. And if it has such laws, whether the issue is just of enforcement? Without enforcement, if the prodding for new law by Supreme Court could only make the latter appear pretty, and little else.