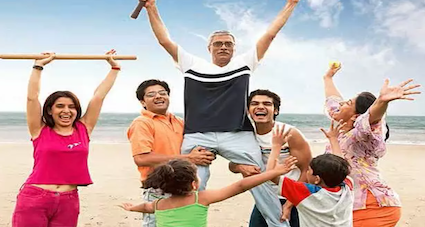 A few days ago, I needed to buy an airline ticket for a bit of foreign travel, something I have not done now for 13 years. For a variety of reasons, after having been a globe-trotter for the last 36 years as a seafarer, an MNC employee, an entrepreneur, a media-person and a techie, I stayed put in India since the middle of 2009 – and travelled a lot by train and bus instead.

It is important to point out that cashless travel, tickets bought online, is brilliant all over India. Any class of train travel, reserved or unreserved, any type of bus or taxi, even auto-rickshaws. This has been the case for almost 15-20 years now and it only gets better every time I travel domestic within India.

Likewise air travel in India. Be it the purchase of a ticket or the airport experience, paperless and cashless is the way to go, and any type of cashless option will work.

For reasons derived from large dollops of due diligence and more, I prefer to buy airline tickets from the selected airline’s website directly. No aggregators or travel agents or consolidators for me. There are multiple reasons for this, mostly to do with the fine print involved in buying a contract for carriage, or similar.

So, I needed to buy an air ticket to a set of European destinations, best served by one of the oldest European airlines going – mainly because there simply were no Indian flag airlines serving those countries. I worked on the multi-city itinerary, figured out the best possible dates, fares and routes, and came to some sort of a solution – which was not cheap, ranging between 2.5 and 3.5 lakhs. Well within the capacity and limits of most Indian credit cards.

Which is when the fun started. My transaction would simply not go through. Escalating to customer service took me to a chat-BOT, which just did not understand things, and kept cutting the chat off. Taking it up with my credit card issuers was not much help either, because the cards were happily working everywhere else, online and at Point of Sale.

With a background in the financial technology business, I reached out to friends who were up to speed, and learnt that the said (arrogant) European airline refused to fall in line with Reserve Bank of India requirements. Instead, they expected Indian citizens holding Indian credit cards to follow some convoluted processes specific to their country, which meant a double arbitrage on the foreign exchange conversions from Indian Rupees to their currency and then back to Indian Rupees, as well as a risk of losing the money paid to the airline for all sorts of fine print in the one-sided terms and conditions.

I then turned to a very good friend in an Indian flag carrier, and while explaining why Indian flag carriers were still not serving the destinations in Europe I was looking for, suggested that I used a particular Persian Gulf airline – which happily accepted Indian credit cards denominated in Indian Rupees. In addition, since the complete transaction was in Indian Rupees, and abiding by Reserve Bank of India rules and regulations – refund was as easy as jam. I know – because hours after buying the ticket, I wanted to change some dates and sectors, and it was done online without any penalties other than the fare differences.

Why is this important, why should entities looking for my business as an Indian Citizen, fall in line with the requirements of the Reserve Bank of India?

Till about 2005, Indian plastic would not work anywhere in the world unless we fell in line with the dollar denominated methods of the consortium of banks which comprised Visa & MasterCard. Around that time GE-CAPS and SBI were falling in line with Visa+MasterCard in India, American Express had its own processes going, while the European Union’s Monnet from 24 European banks and Japanese JCB from Japanese banks were losing their battles. CUP (China Union Pay) and RuPay from India were just about struggling along.

Things changed in India, and then globally, after 2014. Today, China Union Pay, Rupay and JCB have a strong alliance globally, and there are very few countries globally where these payment systems will not work. Think about it – about half the world’s population is from just these three countries.

So when an arrogant European airline refuses to fall in line for customers working on and with guidelines that operate across payment processing systems for half the world, who is the loser? The customer or the vendor?

Simple point is this – if your India issued credit card, whether enabled for foreign currency transactions or not (I keep my cards disabled for foreign currency transactions for just this reason – losing twice on exchange rates is not appealing) does not work on global websites in Indian Rupees, then find another merchant or vendor whose website does accept payment in Indian Rupees.

We owe it to ourselves, our economic strength, and most of all – our self-respect.

I was recently visiting the Balearic Islands in the Med to meet up with family and friends as part of some ongoing celebrations. Having...