Moaners on a year’s education gone to pandemic: What they could learn from my Chachi 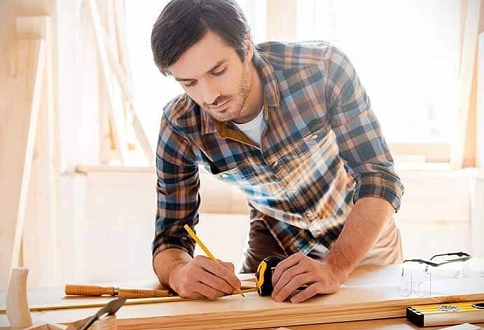 Like many Partition widows, the eldest paternal Aunt was called Chachi or Bhabhi or BeBe or Big Grandma, and for those growing up around her variously, she was also very good for their first cycling lessons on her “Lady’s” Cycle, trusty strong Raleigh which had been through multiple welding and re-painting episodes. I actually learnt how to repair bicycles by carting it around to an assortment of cycle repair shops, lathes and welding outposts. As a reward, I was also allowed to repaint it in whatever colours and designs I chose when it returned, and learnt mixing colours there.

All these skill sets helped me later on in life, maintaining motorboats with World War One engines fitted, for example.

This is, partly, her story. Embellished a bit, some parts left out, for reasons mentioned below. And some mix-and-match. The main narrative is true, though.

Chachi had 4 sons and 2 daughters, all school going age, no income or pension and a strange city in which to rebuild her life. She could read & write in Hindi, and we have no idea where she picked this up from, but within days of being allotted a room in West Delhi, had started a home book binding business – as she used to say in later days, somebody told her that (a) there were lots of books that needed binding and (b) there was no better way for her small children to learn English.

The children went to school, Hindi Medium was what poor people received, returned home, and did homework as well as book-binding. Books in English which were considered interesting were retained for a longer time before being bound and returned so that the children could read them. Some customer of hers figured this out and left sacks of English Grammar and Science/Maths books at home for her to bind and if needed, keep.

By August 1952, the eldest son was Commissioned in the Indian Air Force, joining through the ranks. The three younger boys went through various engineering colleges, including IIT Hijli, and the girls tried to get into medical colleges but came up against the Class Distinctions so next best – teaching as a profession.

Chachi, meanwhile, had picked up her bicycle, and talked her way into a job with the Government. She would cycle from Patel Nagar to “Daftar”, and subsequently also from Defence Colony – where she helped people posted in “non-Family Station” to build houses on their “plots”. The eldest son, my cousin, ensured that the rest of his siblings all completed their studies, which included a variety of Master’s and PhDs. Needless to add, all of them moved on to the US, barring one who returned to try teaching as well as farming.

Point I am making is this – earlier today I received a tweet, and it read –

“My niece in kindergarten is having daily online classes, my kid in Std 1 will take half yearly exam today but my cousin in 7th semester of BTech course is neither having any classes nor any exam. Where’s India heading and what kind of morons are in charge of education in India.”

“In many other countries with admirable educational systems, the nursery/primary students are being secured & looked after, whilst college going adults are joining the War against Pandemic or picking up dignity of labour-type domain skills. There are so many things to do in life.”

What do you think? Should young adults getting a gap year by Pandemic default sit at home or should they be out there trying to learn some basic skillsets? Repair their own bicycles, fancy 21 geared, to start with – as just one example?