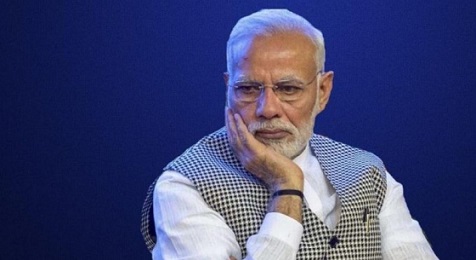 On Thursday evening, Prime Minister Narendra Modi is scheduled to unveil a life-size statue of Swami Vivekananda at the campus of Jawaharlal Nehru University (JNU) via video conferencing.

The ceremony is planned for 6:30 pm, as per the statement of the Vice-Chancellor of JNU, M Jagadesh Kumar.

However, ahead of PM Modi’s program, the JNU Students Union (JNUSU) has prepared to oppose it and called for a protest gathering against ‘the anti-education and anti-student Modi government’ at 5 pm today at the varsity’s North gate.

The Students Union has released a poster that calls for PM Modi to “go back” and has also demanded answers from the Ministry of Education. The JNU students have accused and attacked the University administration for the construction of the statue, alleging a waste of funds.

“Swami Vivekananda is one of the most beloved intellectuals and spiritual leaders India has been fortunate to produce. He enthused the youth with his message of freedom, development, harmony, and peace in India. He inspired citizens to take pride in Indian civilization, culture, and its industrious spirit,” the JNU Vice-Chancellor earlier said in a statement.

The unveiling ceremony will be preceded by a program on Swami Vivekananda starting 5:30 pm.