Modi remains most popular global leader: Ahead of Biden, Johnson 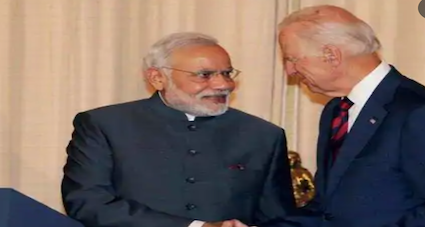 The Morning Consult shows PM Modi is ahead of other world leaders of 13 countries including the US, the UK, Russia, Australia, Canada, Brazil, France and Germany.

“MorningConsult, which tracks national ratings of the elected leaders of 13 countries, shows a 20-point slide over the past year in the proportion of Indians who approve of Mr Modi. Yet at 66% in early June, he still outperforms all the rest,” the firm tweeted.

According to the report, the improvement in PM Modi’s approval ratings can be attributed to his speech on June 7 in which he made several major announcements. Addressing the nation, the PM said that the Centre will procure 75 percent of COVID-19 vaccine doses from manufacturers and supply them to the state governments.

“Tracking the national approving ratings of government leaders in Australia, Brazil, Canada, France, Germany, India, Italy, Japan, Mexico, South Korea, Spain, the United Kingdom, and the United States, the firm offers real-time insight into the shifting political dynamics. While the Global Leader Approval Rating Tracker does show that PM’s approval ratings nosedived since the onset of the second wave, the support for him has picked up since June 5 and remained in the 66% range since June 8. His peak remains an 84% approval rating on May 3, 2020, when the novel coronavirus-induced nationwide lockdown was in force,” the firm mentioned.

These approval ratings come at a juncture when PM Modi has been under attack from the opposition over Covid-19 management.