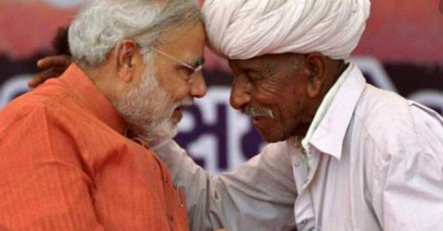 Prime Minister Narendra Modi is going to virtually address the farmers of Madhya Pradesh at 2 pm on Friday. The PM’s address will be telecast live across 23,000 villages of the country and at all the district headquarters of Madhya Pradesh. PM’s address will focus on Rs 1,660 crore that will be transferred to the accounts of 35 lakh farmers by the state government to compensate for crop loss.

“PM Modi will address the farmers of the state around 2 pm through video-conference and explain to them in detail the beneficial provisions of the new agricultural laws,” an official of the Madhya Pradesh public relations department informed.

Chief Minister Shivraj Singh Chouhan along with his ministers will also attend the program from Raisen. “The previous Congress-led state government did injustice with the farmers by not transferring relief funds into their accounts. The previous Congress government did not even deposit the premium of Fasal Bima Yojna. But BJP is determined to work for the welfare of farmers. We have already deposited the premium of Fasal Bima Yojna and are now going to transfer relief funds,” the chief minister said.

The chief minister on Thursday reviewed the preparations for the four-tier Kisan Kalyan program and directed the collectors of all districts to make necessary arrangements for the event and ensure that information about it reaches the cultivators.

Modi has been stressing the fact that new farm laws are beneficial for farmers. Earlier this week too Modi, during his Gujarat visit, described the new farm laws as historic and said his government was ready to remove any doubts about the legislations enacted in September. Without taking names, Modi said Opposition parties who are supporting the protest, when in power, were in favour of similar reforms in the agriculture sector.

For two days, the Supreme Court has sought an urgent solution to the protests, saying they would “go national” if not resolved soon. Yesterday, the court had said talks had failed so far and suggested a panel including the government and farmers to work out a solution.