Why Modi is an unstoppable force 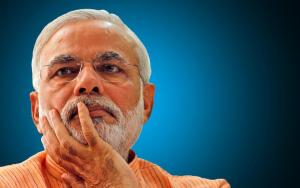 The intensity in India’s political and social discourse in coming months is easy to imagine. Three separate strains would guide the narrative, polarizing India and I think it would be for good in the long run.

These three strains have acquired intensity purely because the long-embedded “sleeper cells” in India’s political-intellectual-media establishment, backed and funded by their foreign masters, who have an inherent interest in keeping India as a “soft state” are increasingly facing resistance from the Modi government and a sizeable number of young Indians with a questioning attitude.

The tell-tale signs are unmistakable and would be borne by facts in coming months as I proceed to show now.

The first strain of course is Jammu and Kashmir. The extermination of Burhan Wani sparked an unrest which has continued into its third month. We had the instance of Digvijay Singh of Congress calling the state: “India-Occupied-Kashmir.” A certain TV anchor kept harping on the “son-of-a-schoolmaster” theme. The emotional mix of “young kids-pellets” and the “brutality of Indian army” was sold as a package. And when the Uri happened, past clips of Modi’s resolve to punish Pakistan was mocked at with impunity. The cry of “Modi is all bluster and little substance” came from all corners.

Then India struck back with “surgical strikes.” Initially the claim was doubted. Then grudgingly accepted, followed by orchestrated fear that it could force a “nuclear-powered” state into a revenge mode. Sitaram Yechury is pleading for talks with Pakistan. The last few days have led to surge in Modi’s popularity.  This apparently is against the narrative of this “sleeper cell.” You would now see a renewed burst of Fidayeen strikes and mischief from across the border to relive Pathankot and Uri.

So gear up for this scenario in coming days. There would be increased violence on Punjab and J & K borders. It would be suitably drummed up in Lutyens Media. Quotes would be sought from a few in Bollywood who would pompously call for “art-above-hatred” theme and “peace-above-war” credo. All this is intended to keep India remain a soft state. India-in-retreat would help these nasty forces pull down Modi. Unfortunately for them, India has turned the corner. The coming months will see a rise in nationalism. The genie is out of the bottle. The “sleeper cell” would up the ante and polarization in society would only deepen.

This is the second strain which would increasingly divide the opinion. Like with Kanhaiya, Rohith, Akhlaq and the Una incident,  not to say the failed attempt to orchestrate an “Indian Spring” with telltale incidents in JNU, Hyderabad and Jadavpur University, you would increasingly find our newspapers/watch television/social media blow up, if not cook, incidents of caste/communal prejudices inherent in Indian society. They would not tell you that law and order is a state subject. The “cow vigilantes” issue is another such instance where a direct link with the Modi government would be forged, never mind even if Modi himself condemns the perpetrators. All this is intended to keep Modi on a leash, to put the Centre into a defensive mindset.

This is the third strain which would keep the society into Us vs. Them mode. This is the NGO-Intellectual sleeper cell’s territory. Here matters of “intolerance” and “stop sedition” would keep looking to occupy your mind-space. This high-brow exercise, to go with gender-inequality and human rights issues, are meant to cater to western audience. The likes of Amnesty-Ford Foundation-Soros etc are known for such acts as any cursory Google search would reveal you in the results. As the search would also regularly throw up the covert funding by Central Intelligence Agency (CIA), it becomes easy to understand the motive of this “sleeper cells” who have their own—and not India’s—interest as their guiding principle. Such exercise is meant to show the Modi government among opinion-makers as a “right-wing/fascist force” which would destroy the basic fabric of Indian society. Again, it is intended to let India remain  a “soft state.” As the vast majority of Modi-supporters are unlikely to let it pass, you would again see a polarization in Indian society.

This sharp divide would help India in the longer run. India needs rising nationalism and get beyond that “soft state” image. It needs to get above those who cash in on communal-caste divide. It needs to get rid of corruption and take the route of transparency. India needs the searchlight on this political-media-NGO-intellectual nexus so a consistent theme emerges in front of an increasingly aware and conscious young India.

This Young India would question why there is little praise on (a) corruption-free India (b) rising economy (c) record investments (d) GST etc. It would only become more strident and vocal.

This political-media-intellectual-NGO “sleeper cell” is on run. And that could only be good for India in the long run, whatever the cost is in the immediate future.