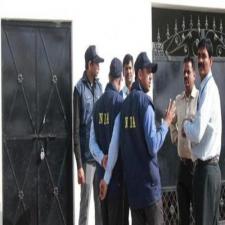 Take time out to read the Indian Express and The Hindu of this morning (December 28, 2018). Instead of disgust and horror for the 10 accused arrested by the National Investigation Agency (NIA) on charges of an imminent Islamic State-module inspired operation, the report in these two national dailies could make you cry and hug them in sympathy.

Indian Express, in its second lead on front page, shows NIA as nothing better than bumbling idiots—a la Inspector Clouseau of Pink Panther movies –through the reactions it managed from the relatives of the accused. So the main accused, Mufti Suhail, in the words of his relatives, was “unlikely” to teach in a madrasa as NIA made him out to be. In the same breath, the newspaper claims that none of Suhail’s relatives and neighbours in Amroha knew much about him since he shifted from Delhi only a month ago. Why quote someone who knows nothing about the subject? Why go to a Doctor of Literature (DLit) when you are suffering from a rectum disorder?

The newspaper then quotes the elder brother of an “accomplice” of Suhail who has also been arrested. The elder brother of Mohammad Irshad says the latter has been arrested just because Suhail’s number was in his mobile. So NIA, for god’s sake, shut up your assertion that Irshad, an autorickshaw driver, was helping Suhail in hideouts to keep the explosives and bomb materials. The man (Suhail) about whom nobody in Amroha knows a thing, has his number with a local autorickshaw-driver but that doesn’t get the newspaper’s antennea up.

And by the way, did the newspaper stop to question itself why a man who had nothing to do with Amroha, who had lived all his adult life in Delhi, was doing in the small town? Why he had rented a house? If he didn’t teach in a madrasa, what really he wanted to do in Amroha where he interacted with no one? Express could’ve asked NIA to name the specific madrasa where Suhail was teaching on the Hakim Mahtabuddin Hashmi Road in Amroha. It could’ve said that NIA hasn’t replied to its question. But no, Sohail and Irshad are given a “clean chit” in the eyes of the readers, through their relatives.

The newspaper supplies the same “whitewash” to most other accused courtesy their relatives. Some were “god-fearing”; some “scared even of monkeys”; some were just working in mosques and not “Imam” of a Jama Masjid in Baksar, Hapur as NIA claimed accused Saqib Iftekhar to be.

The biggest outrage the newspaper has reserved is for NIA’s claim to have recovered rocket-launcher in its mop-up operations. It quotes the father of Raees Ahmed who’s been arrested on the charges for keeping explosives and rocket-launchers in his welding shop: “It’s nothing but a hydraulic jack used in trolleys…The NIA has confused it for rocket launcher.”

Thus the reputation of NIA, India’s foremost Central Counter Terrorism Law Enforcement Agency, lies tattered in the eyes of the newspaper’s readers. Never mind that NIA has an enviable conviction percentage of 94.4% in trials. Never mind the extensive swoop which NIA enacted in one go on 17 locations, making 10 arrests related to terrorism planned against political leaders, security and government installations. Or that the raids yielded a dozen pistols, 150 rounds of ammunition, 112 alarm clocks, 91 mobile phones and 134 SIM cards and lakhs of cash. About 25 kg of bomb-making materials for Improvised Explosive Devices (IED) has been seized from the operations. All the readers are left with is an eye-watering account on the innocent, falsely-accused, scared-to-the-bones youths who are now under arrest on terrorism charges.

Let’s turn our attention now to The Hindu which has multiple stories on arrested accused running beyond its front page.  Just take a note on these mutli-column headlines before we delve into its’ contents: “I believe my son is innocent”; “Sleuths took away inverter batteries, circuits”; “Have more Hindus as friends than Muslims.” Have more Hindu friends than Muslims? I mean what this communal headline has to do with charges of terrorism? So a thousand Hindu followers on Facebook is good enough a character certificate if you’re an accused terrorist?

It’s scary the support and whitewashing the dangers to our society receive from those who have access to our ears and mind. So Burhan Wani was the son of a school-teacher; the Bhima-Koregaon activists arrested were not urban-naxals but actually the voice of freedom, equality and dignity in society (never mind the honourable courts keep siding with the police and investigating agencies on the matter). While these propagandists deny the evidence in plain eyesight, they lose little time in dubbing an unfortunate murder—like the one of Gauri Lankesh—as the work of right-wingers even before the agencies have got down to work.

What’s the message that’s being conveyed to Muslims of this country: Before you start feeling guilty and sheepish about the act a few men within your own community, you could flash these newspapers to your detractors about the “frame-up” that’s being perpetrated by the Indian state through its agencies against Muslims. Feel self-justified and triumphant. Or carry a sense of perpetual victimization. Wouldn’t it make Muslims feel alien and hostile? Isn’t it a recipe for widening gulf which could keep India torn and on the edge of a Civil War?

It definitely raises questions why our newspapers are evoking sympathy when the issue is as grave as the advent of Islamic State-like activity on our land which could cause mayhem. What else are family and relatives supposed to say about those arrested on charges of terrorism? Do give space to them but the humane touch must be balanced with sobering reality. Why seek out their vomits without logical counter questions? Who gains if India loses is a logical puzzle a reader is left with.