Ms Sonia Gandhi: Tell us he is not your Hit-Man 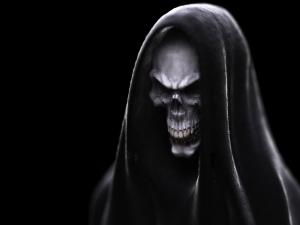 Even if it bores you please pay attention to English newspapers closely for the agenda followed by them could be seen even by a blind. Their agenda is to break-up India into parts, to Balkanize it, We must not allow it to happen.

You could find these tell-tale signs by their front and edit pages. These are considered “heart” of a newspaper. For example, Indian Express who is more brazen than others today makes no mention of Indian home minister Rajnath Singh informing the Lok Sabha that key documents related to the preparation of the second affidavit in the Ishrat Jahan case were not traceable in his ministry and an internal probe was on. (Times of India and Hindustan Times did make it a front page story. Kudos).

Then comes the edit page. The Express op-Ed page has two pieces; one by Archana Prasad who feels that BJP is polarizing opinion but since she is a professor of JNU we could take it with a pinch of salt. The second is an issue I want your utmost attention—it’s a piece of Harsh Mander with the scary headline: “Can the Indian Spring be far behind?” (interestingly, there is no mention of Indian Spring in the article!!! But Express is a zealot these days, fit to be pulled up by regulating agencies).

This Indian Spring is a take on Arab Spring. To put the bare-facts of Arab Spring, it’s hailed in western and our media as spontaneous people’s uprisings against repression, from Libya and Egypt to Syria and Yemen, the so-called Middle East North Africa (MENA).

Christopher L. Brennan, in his book “Fall of the Arab Spring: From Revolution to Destruction” views this widespread Arab upheaval, not as authentic grass-root movements for democracy but as a US-engineered destabilization moves.

Wikileaks cables also support covert funding for such activities.  We all know Libya, Syria, Yemen and Egypt are worse off for these Spring revolutions. Here you have Mr Mander/Indian Express praying for an “Indian Spring” of similar catastrophe to Balkanize our India.

Mander, a former IAS officer, was a member of the National Advisory Council which was termed as Sonia Gandhi’s kitchen cabinet.

Mander “voluntarily took retirement” but media termed it as “quitting,” anguished as he was because of the 2002 Gujarat riots.

He wrote an op-ed in Times of India, post-Godhra riots, which the Press Council of India (PCI) called “LIES.”

The Press Council of India reprimanded Mander by stating, “guilty of spreading false rumours about alleged Hindu atrocities” in his column: “Hindustan Hamara” dated 20/3/2002. The decision by the PCI was pronounced on 30/6/2002 vide decision reference 14/06/02-03

His modus operandi has been described thus: to organize protests through NGOs against multi-nationals or nuclear projects entry into India. These companies then pay “consulting fees” …, later these protests by NGOs fizzle out or vanish without trace.

For his hard work, Mander was presented by Sonia Gandhi as the recipient of the Rajiv Gandhi National Sadbhavana award in a function attended by Jstice A.M. Ahmadi (the judge who let Union Carbide off the hook).

Kak notes in the book: “Not a single major paper or TV channel reported the Press Council’s exposure of Mander. Not surprisingly, in addition to the Times of India, publications like the Hindustan Times, The Telegraph, Asian Age, Mainstream, Deccan Chronicle and Rashtriya Sahara were found by the Press Council of India to carry reports tending to inflame communal passions and, let it be noted, these were pro-Muslim and anti-Hindu passions (page 127).”

Mander was convenor of the drafting committee for the “Prevention of Communal and targeted violence” bill. Under the bill, Hindus were not to be considered victims of communal violence, even if they were killed, robbed, humiliated, burnt to death or even gang-raped.

Mander was part of ActionAid, the giant British multi-national with a “subsidiary” in India. It’s been said to be a global children exploitation industry. Mander’s association was worth at least 50 times the salary of its lowest paid employee.

Express these days is full of such agendas. You have a full-page devoted to Economist magazine almost daily which is a pathetic, blatant, naked propaganda for the imperial, colonial, Anglo-Zionist cause. If not Economist, then you have monstrous lies of New York Times and Washington Post filling up Express pages. In the edit pages, you have those “gurus” of think-tanks from Brookings, Observer and others trying hard to spread lies,anti-India agenda and serve Western interests.

Readers, please be alert and vigilant to this dangerous agenda.

Remember: THE PRICE OF FREEDOM IS ETERNAL VIGILANCE.

They mean to divide us.

Let’s not leave an India for our children, when in order to travel to Ludhiana, Patna, Kolkata or Bengalaru, they would need a visa.

(Actually this Kanhaiya episode is a good thing. As a journalist, I know the best way to preserve a lie is to repeat it again and again till the ”truth-holders” give up. Unfortunately for them, the majority India has taken up cudgels to fight this issue. Being hardened journalists, these “balkanizing forces” are not giving up on Kanhaiya issue. But by stretching this issue beyond a decent limit, all they have done is to lose their credibility. So folks keep up your opposition, and let them shed the last fig-leaf they are keeping in front of their naked reality.)