Mumbai is in news for all the wrong reasons: But then nobody told you about ‘Gateway’ 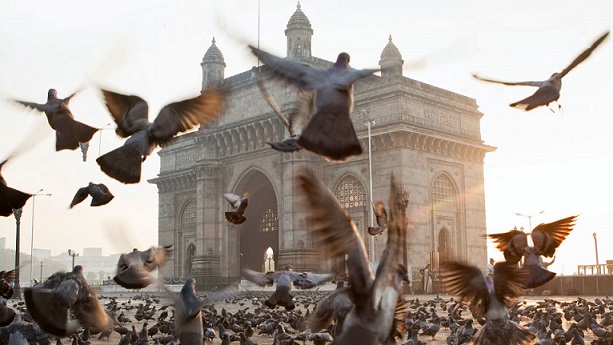 This article was supposed to carry forward the previous read about the Delhi Gymkhana with one on the Breach Candy Club in Mumbai, but went off into an interlude, which only shows that attention span is a delightful hobby best had in small sips. So, we stay with Mumbai, but go off on a bit of a side-trip. This song may help?

Mumbai is in the news for all the wrong reasons lately, Bollywood nepotism and narcotics, though Bombay’s history as a gateway for the movement of opium mostly towards China in the interests of Free Trade is probably the real reason for the Gateway of India to be where it is. Narcotics is not new to Mumbai. Narcotics getting so much attention in the media is. Diversionary tactics were essential, so, as shiploads full of balls of opium from the Malwa region and then from Peshawar and Afghanistan moved out in crates, a grand symbol was essential, and what better than a huge gate bidding ships goodbye?

Or maybe they were welcoming the ships back, laden inbound with silver and gold and silks and more – tea was expensive, and usually destined for the markets of England. Every which way, a great story had to be built around the complete game of Free Trade, and that was the skillset by which Bombay overtook Calcutta. Theatre kept the people busy, and not worried too much about the main source of commerce, opium as it flowed out. As long as the local people did not consume opium and become addicts, things were going to be under control, and what better way then entertainment? Thus, it came about that the actors and actresses of Bombay were, simply put, leagues ahead of anything that Calcutta could produce.

Simply put, the money was better in Bombay for the performing arts, than in the other competing seaports of India. And seaports in India, the foundation as well as pillars were made of opium, everything else was a cover story. Cotton, spices, tea, rubber, slaves, bullion and more, even the story about the Railways – it was all about securing the trade-lines for opium. Which just by the way did not vanish one fine morning in August 1947. Just the message changed. And the changed message went out from? Mumbai.

And why was the message of those who enslaved us best heard from Mumbai, then known as Bombay, and for centuries the busiest seaport in the complete region known as the Indian Ocean – stretching from the southernmost tip of Africa to Japan, and encompassing the “newly discovered but always there” Antipodes? Mostly in pidgin English, spoken in that strange style often described as “wannabe MTV” now, English was the way racism was kept alive. A good explanation is found in this book, now available freely online, but banned by the neo-Colonials of a newly Independent India supplicating itself at the Feet of Her Majesty.

(“Alexander Campbell writes something about the thin upper crust of India’s leaders; but chiefly this is a book about the kind of Indians of whom we have heard little- the people. Much of this book is based on long conversations, so that it is as much a record of what Indians think about India as of what Mr. Campbell thinks of them.” –  adapted from overview in book)

The biggest reason was the concept of racism, especially by language, that the Brits brought into India along with Crown, Cutlass, Commerce and Cross. Individually or in groups, nothing wrong with any of the 4-Cs, but cobbled together by the advent of steam and the power of the language of the invaders, it was unbeatable for those who spoke in the what is known as “vernaculars”. The etymology of “vernacular”, Sanskrit and Latin, just by the way, is from the word “varna” or “home-born slave”. In other words, a slave by descent, destined to be a slave for the next generations too.

Did you get that? Next time somebody mentions the word “vernacular” in context with an Indian language to you in a disparaging tone, give him a tight figurative slap in an Indic language. (Aside – have you observed how the Urdu film industry from Bollywood holds their press conferences and marketing stunts in English, while the rest of the country’s movie industry takes these efforts forward in their own mother-tongues?)

To keep the slavery of those who spoke in regional Indian languages, thus, it was important to keep racism by language alive. In a country like India, colour of features alone would not work, so it had to be via English. And for that, other than the performing arts and the news media, the real language racism aspirational was? Ask any neo-Colonial Club in India what the non-English language book releases they organised in the last 70+ years?

The Colonial Clubs of India. Coming up on the Breach Candy Swimming Baths Trust next, as promised.