Narcotics and Gambling are now fed to infants in cartoon movies: What’s the design? 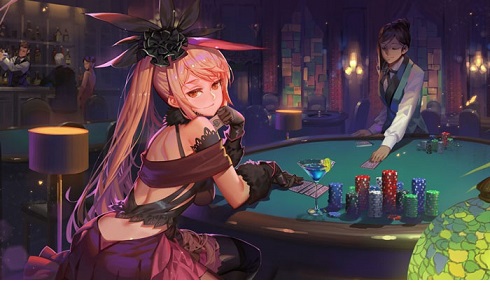 Almost one decade ago I was invited to visit the Delhi offices of a huge Western media corporation. This particular meeting was about promoting a particular cartoon series, globally renowned, aimed at little children with a variety of upscale voices, and ostensibly on the non-controversial themes of early learning. They used a variety of animals in the lead roles and to put it very briefly – more than a few countries had found the flow of subtle subliminal logic in their episodes to be disturbing.

Here it is relevant to point out that the Panchatantra is probably the oldest example of oral traditions being used along with figures of animals as a means of passing on the wisdom of ages. This is not something that we as Indians are not aware of but our own media till a few years ago was not able to promote the opportunity presented absolutely free of copyright. That it lasted so long meant that there was value in its message.

By then I had spent a decade in facial biometrics in the technology world, before which I had spent another decade or so in the media and PR industry, and been exposed to deep mind management techniques as well as the connection between them. Observations, not opinions, was part of the original mercantile marine training, as well as documenting things before sunset – and understanding the other person’s mind was a natural step before trying to understand how to manage it.

At the simplest, this is how mind management can be explained – a child hears the door-bell ring, and sees a familiar face through the peep-hole or video-screen, which enables a go/no-go decision binary in her brain on safe/unsafe. Truth be told, there is no better bio-metric globally than the face, and the technology to read and manipulate faces exists for millennia now. Tucked in the back of the brain, stronger in some animals like dogs, rats, whales, cats and dolphins, but now human beings have managed better external computing power.

That computing power has, within my lifetime, moved from huge air-conditioned sealed rooms in massive buildings to small gadgets in our hands and yes, now to implants inside human beings.

Match this with the way Tesla and Nikola have managed to reach out into the minds of potential customers and influences worldwide? But that’s for cars and trucks. We are talking about the role of mind management and economic security, globally, of flag and more interestingly, the corporates behind those flags. After all, what are wars about – if not about protecting the economic interests of corporates?

The national coordinator of Vietnam Veterans Against the War once wrote: “We supposedly valued human life while our enemy did not. Yet we paid the owner of the Michelin plantations $600 for each rubber tree we damaged, while the family of a slain Vietnamese child got no more than $120 in payout for a life.”

By or around the year 2000 or so, the art of mind management had come full-on mainstream in the news and entertainment business, and from there to the world of advertising. From there it was a short jump to the banking and gaming verticals, which were and have always been intimately linked – it has been famously said that gaming is what saves the banking industry every time there is a collapse in the monetary system. Which is true – the psychology of gambling involves a huge amount of desperation and therefore risk taking.

So how does this relate to what is happening on our tv screens and online monitors lately, not to mention the wonders of smart phones and low-cost data?

At the most basic, this mind management by virtue of the way these movies are structured are all about placing fear in the minds of the viewers, and at the other end, they are about setting aspirations to spend, spend, and spend some more. And two of the biggest spend factors are narcotics plus gambling.

Look closely at many of the movies and serials lately. They openly make matters commercially aspirational for these two parts of the spend chain. And now they do it from cartoon movies for infants onwards.

While we have our Munshi Premchand, Panchatantra and more – even Chandrakanta written in 1888 had a plot which would take modern video games up in competition.

But they always had good over evil as a core philosophy.

The mind management techniques coming our way lately from the Colonial lot are exactly the opposite. Why be good, they ask?

And that is the subliminal mind management we are up against in India.